New to the sport of competitive bowling this winter, Miller is coming off a career performance in last week’s Sandhills Athletic Conference singles tournament, where she punched her ticket to the state tournament.

This is her fourth career recognition, and second this school year, after earning it following her trip to the girls’ golf state championship.

“HEADING TO STATES” WITH HAILEY MILLER

When Miller started her high school bowling career in mid-November, she was looking to spend her final year of high school learning a new sport and hoped to remain competitive in the Sandhills Athletic Conference. And she would, emerging as the Lady Raiders’ only female bowler to qualify for the state championship.

A four-year golfer who made it to the 4A golf state championship three times, Miller carries with her the experience of playing on a big stage. Now she’s hoping to carry those experiences with her as she prepares for the bowling title bout next week.

At last week’s SAC singles competition, which featured over 60 bowlers, Miller led the Lady Raiders with a final pin total of 453 pins in her three individual games. She was one of three Richmond bowlers to eclipse the 400-pin mark, as Hannah Bennett (418 pins) and Autumn Hoffman (403 pins) joined her.

Miller’s best game was her first game, bowling a 163. She followed that up with a 161, and during both games she picked up several one and two-pins spares, something she said was a big difference maker in helping her bowl nearly 30 pins above her season average.

In the final game, she fell to just 129 total pins. To help bring that score up, Miller bowled a strike and picked up a much-needed spare in the 10th frame to finish with her overall pin total.

Initially, Miller missed the state championship cut by 28 pins. But it was revealed a day later that she in fact had made it, after the decision was made to expand the field of qualifiers to the top 10 bowlers instead of the top eight.

Miller admitted that making the cut wasn’t something she expected to do at the start of the season, but head coach Ralph Butler said the “competitor” in her, along with her willingness to put in the time and effort to get better, is what led to her postseason appearance.

The state championship for both boys and girls will be held on Friday, Feb. 7, at the Sandhills Bowling Center in Aberdeen. Miller says she plans to practice as much as possible between now and the big day to see what kind of damage she can do between the gutters.

In her video, Miller rehashes her singles tournament performance, discusses her emergence and progression this season for the Lady Raiders, compares her expectations and experience with the bowling and golf state title appearances and participates in our Raider Rapid Response segment. 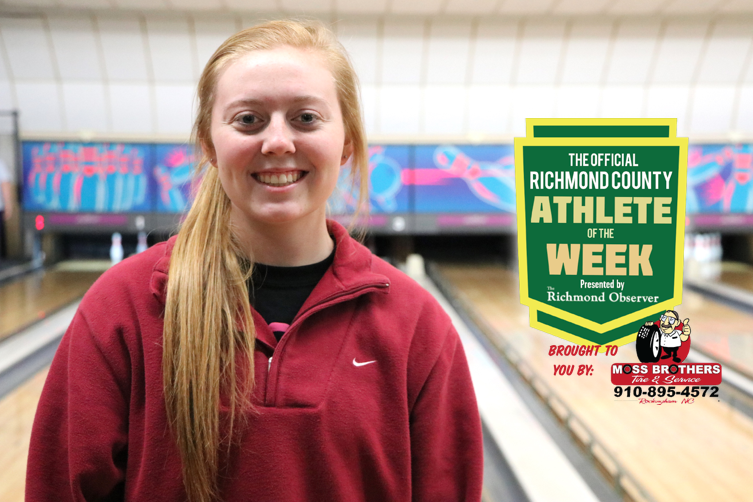