The two teams split singles play by winning three matches each, but Richmond surrendered two of the three doubles contests to lose the match 4-5.

Head coach Jessica Covington said she was “really proud of the way the girls played” and that “they competed really well” in the closely-contested match.

Sophomore No. 2 Neely Turner was awarded a singles win following a forfeit.

Richmond’s other two singles wins came from No. 5 junior Maren Carter and No. 6 freshman Hanna Smith.

Carter cruised in two sets, taking the match by scores of 6-0 and 6-2.  Smith’s efforts were similar against her opponent, winning 6-1 and 6-3. 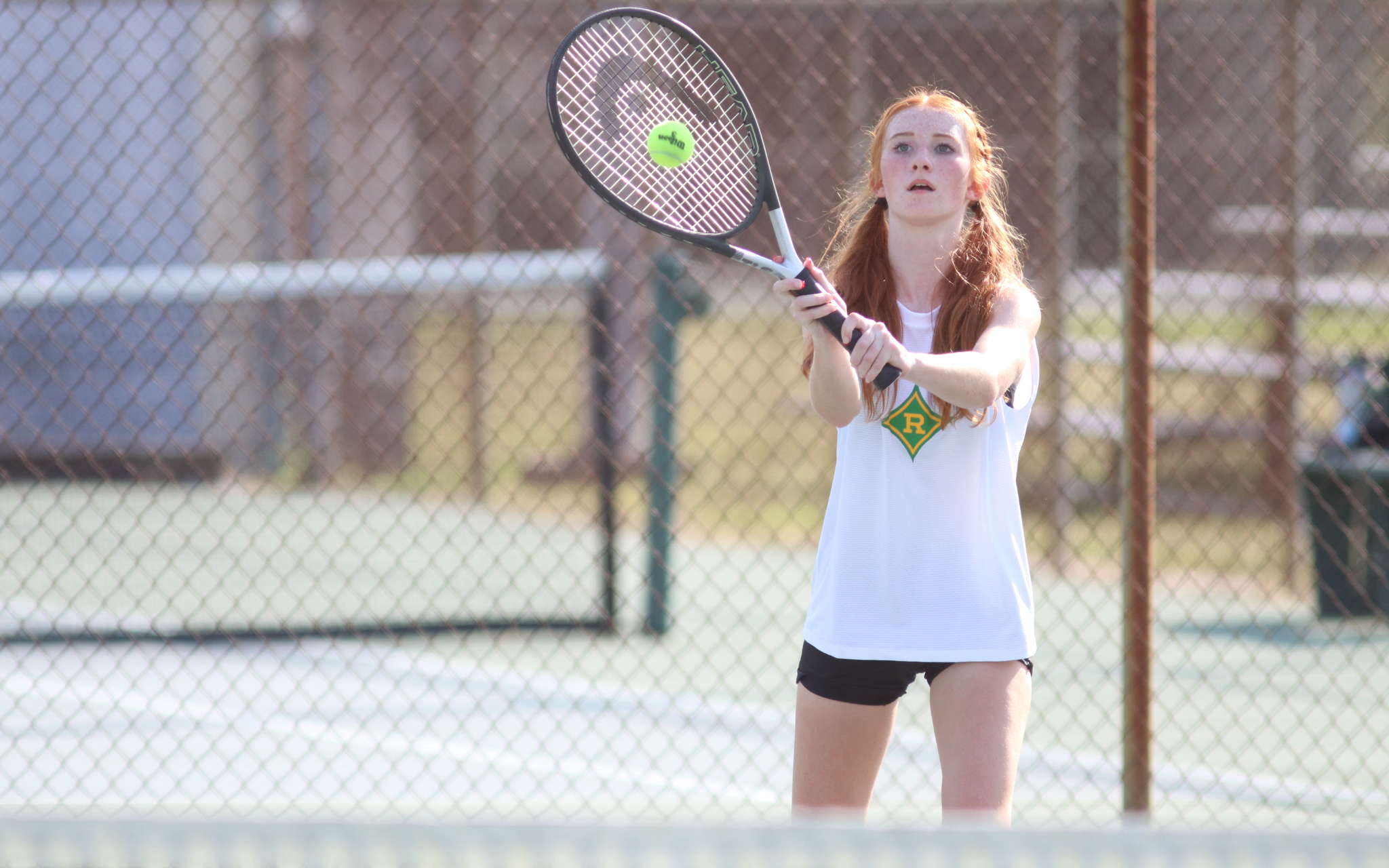 Needing to take two of the three doubles matches to win, Richmond could only collect one. Smith and senior Mariah Waddell won the No. 3 doubles match 8-0.

Richmond (2-4 SAC) now prepares for its second round of conference play, beginning with a road trip to Southern Lee High School on Thursday. The Lady Raiders will look to avenge a season-opening loss to the Lady Cavaliers.

Singles matches will start at 4 p.m., followed by doubles matches.