ROCKINGHAM — A defensive effort that forced four interceptions and shut down the top passer in the Sandhills Athletic Conference helped the Richmond Raiders to their sixth straight win on Saturday.

Defeating Lee County High School 34-7, Richmond scored twice on the ground, twice through the air and once on defense.

The Raiders jumped out to a 21-0 lead, starting with a 26-yard passing touchdown from senior quarterback Kellan Hood to senior wide receiver Cason Douglas on the team’s first drive. The catch and run was converted on fourth down.

Following that was a 28-yard pick-six by junior linebacker Frazion Steele, the first of his two interceptions on consecutive drives. After Steele’s second pick, senior J.D. Lampley scored a rushing touchdown from a yard out.

Lee County’s only score was an 87-yard kickoff return by sophomore B.J. Brown.

Richmond added two more touchdowns in the second quarter to end the game’s scoring. Senior Gabe Altman hauled in a 12-yard touchdown pass from Hood, and Hood dove between two defenders for a 7-yard rushing score.

For a full recap of Saturday’s win, complete with video interviews from players and head coach Bryan Till, click here.

Below are photos taken by sports editor Kyle Pillar of Richmond’s 34-7 win over Lee County on Saturday. 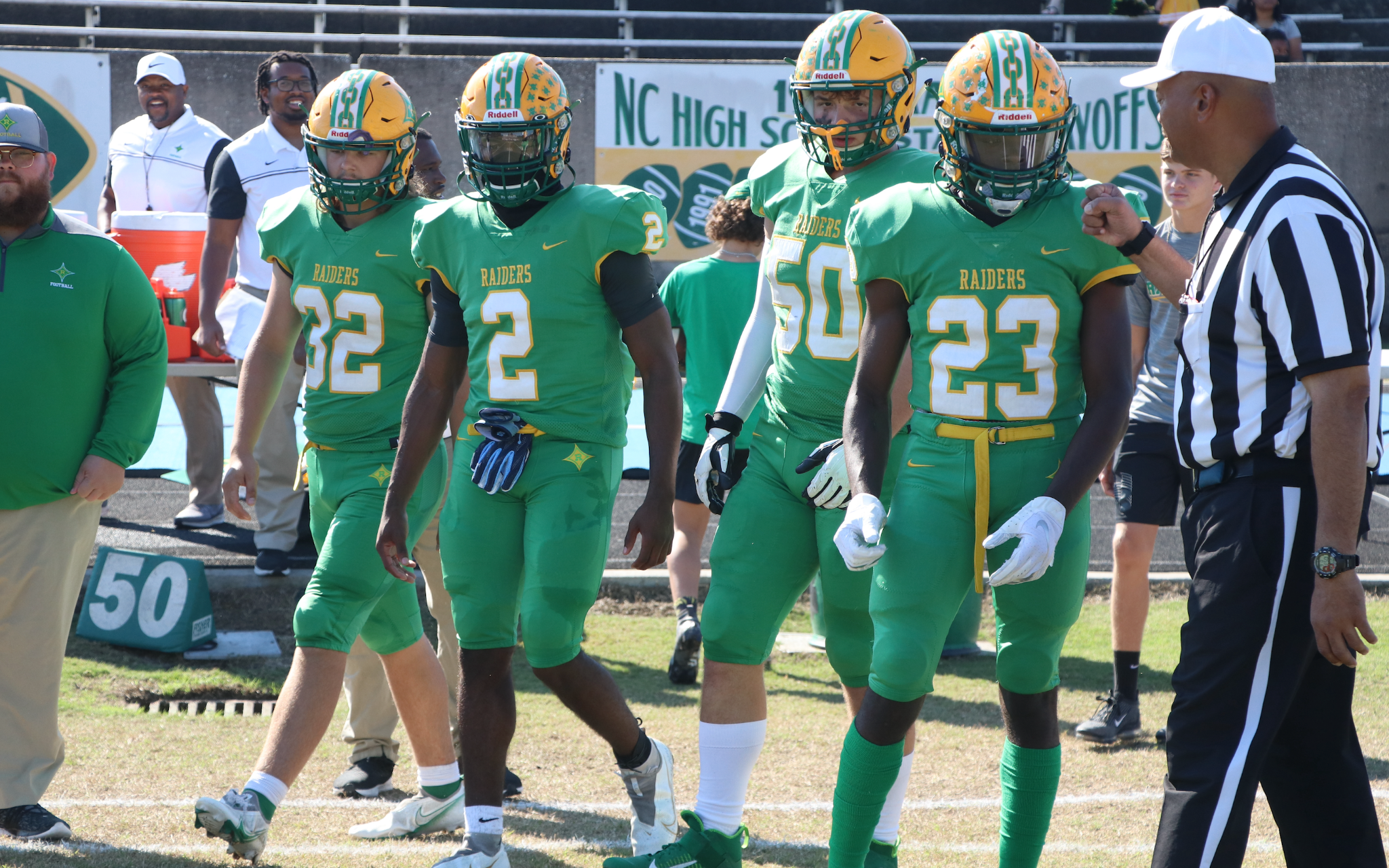 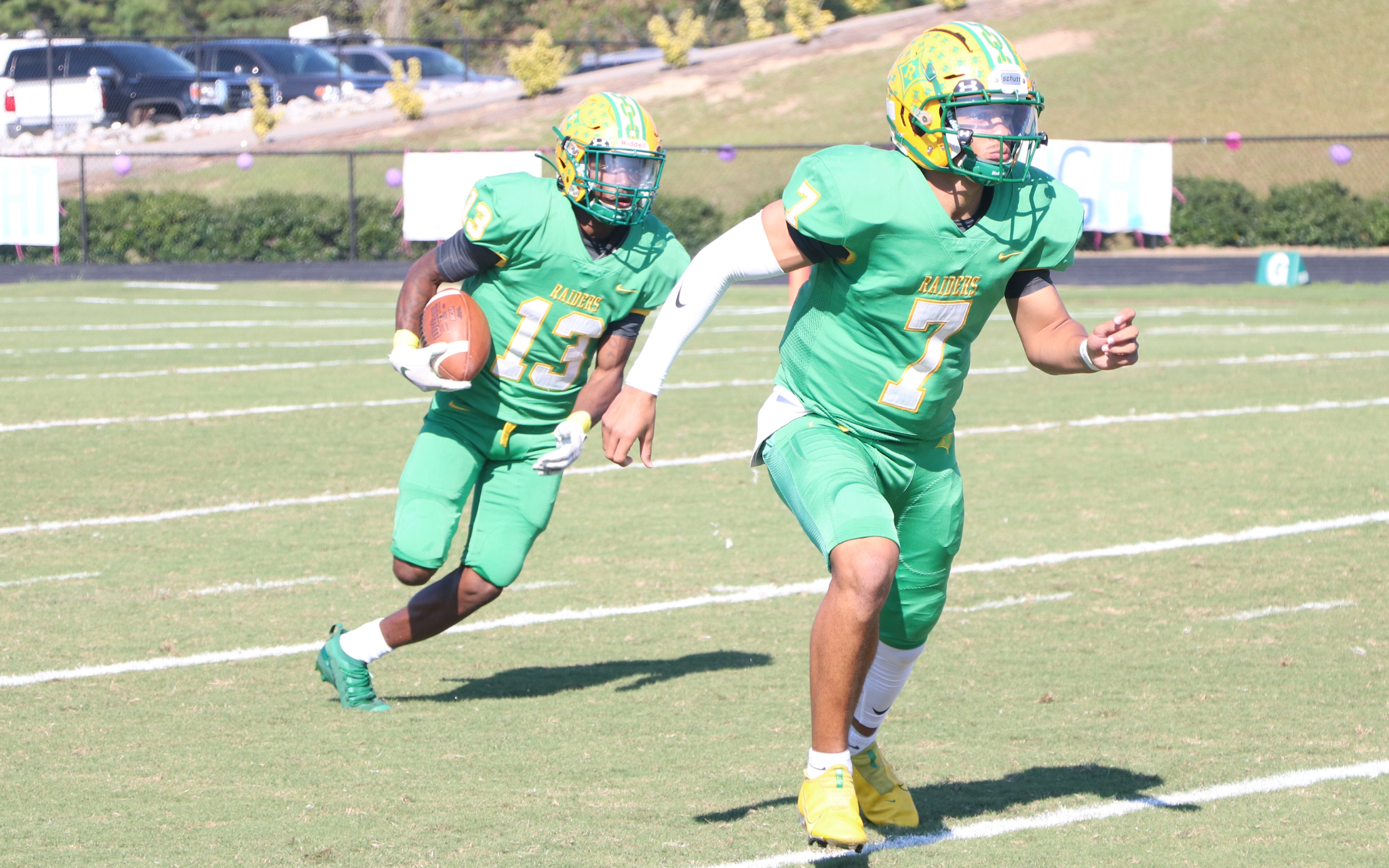 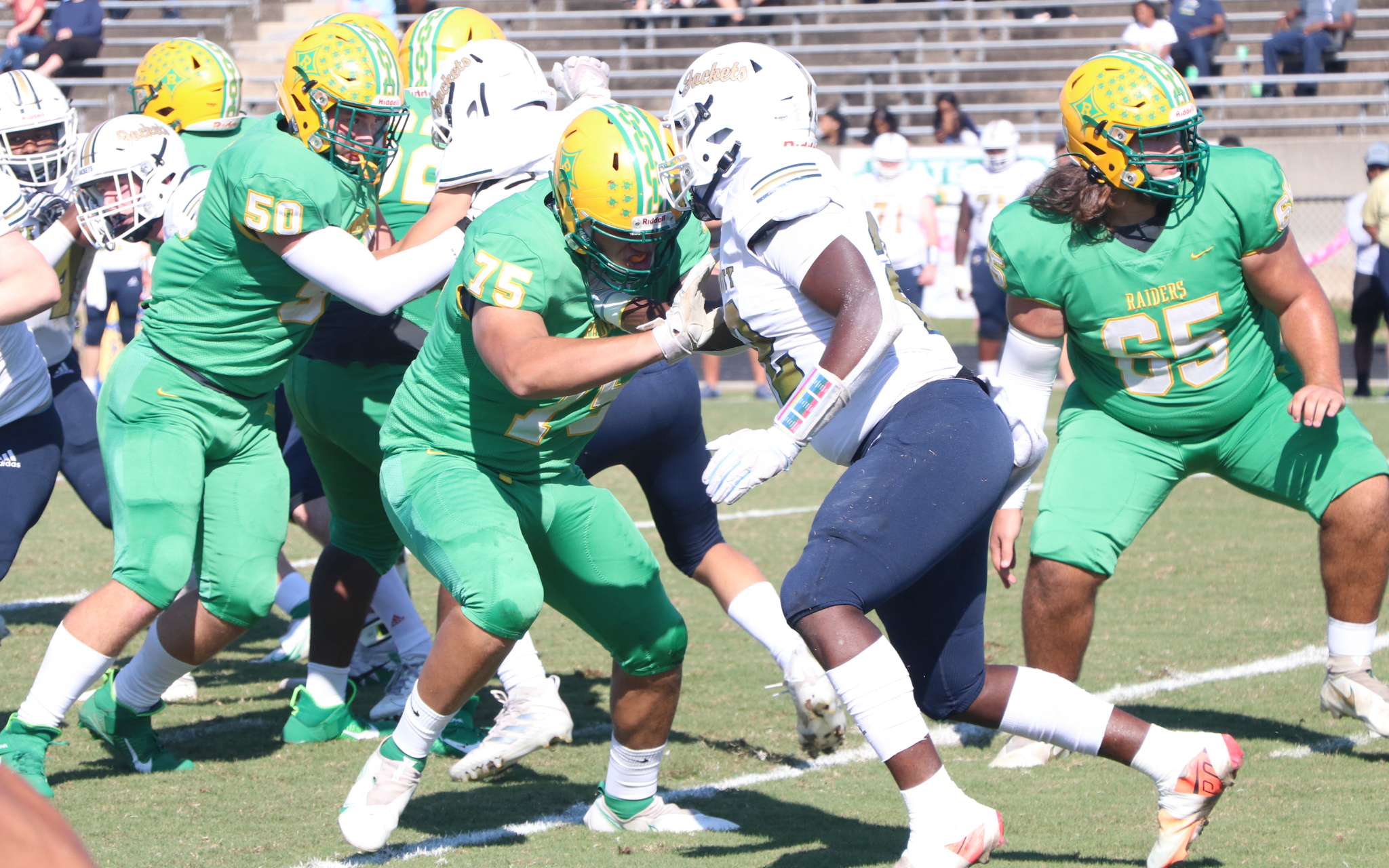 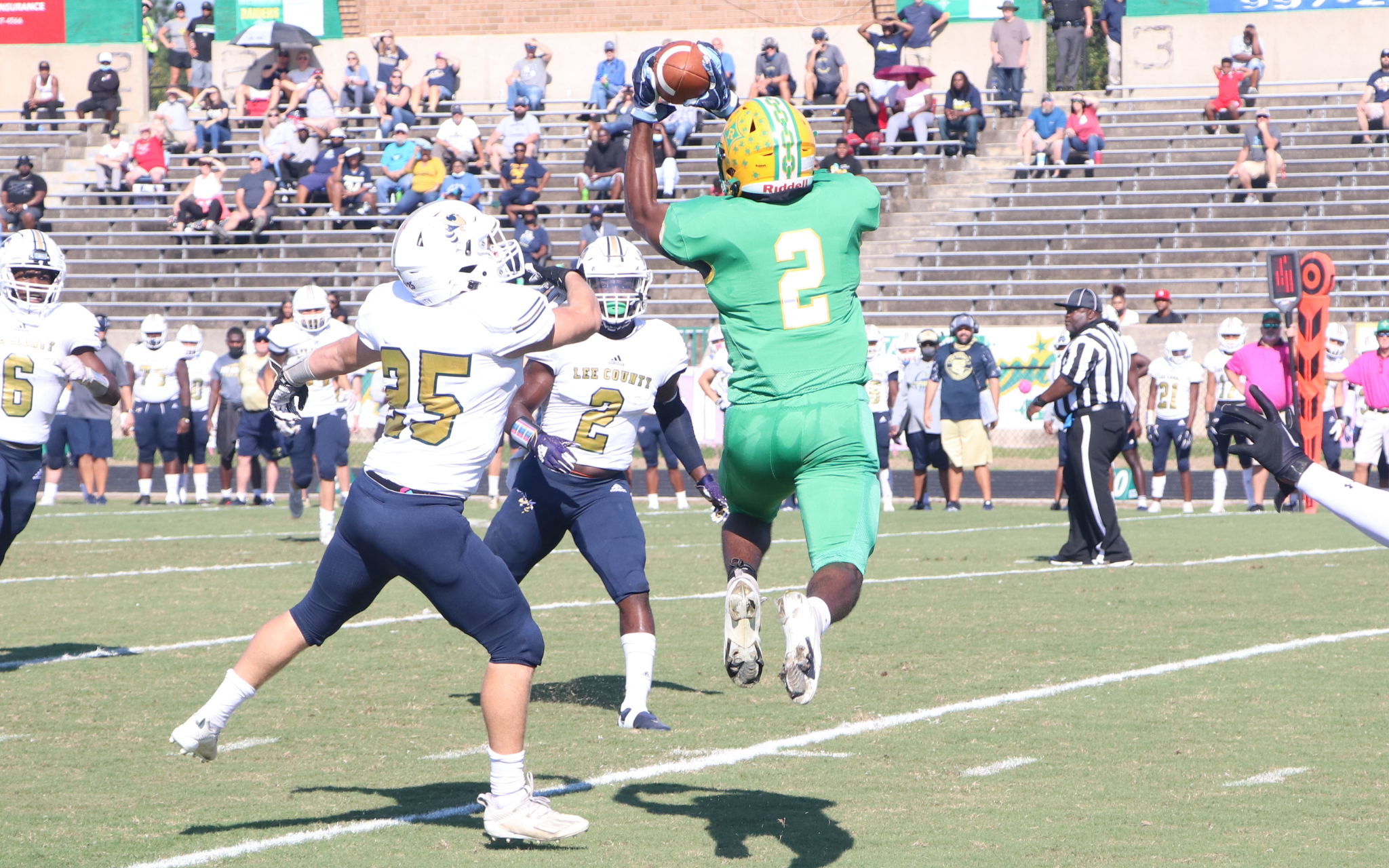 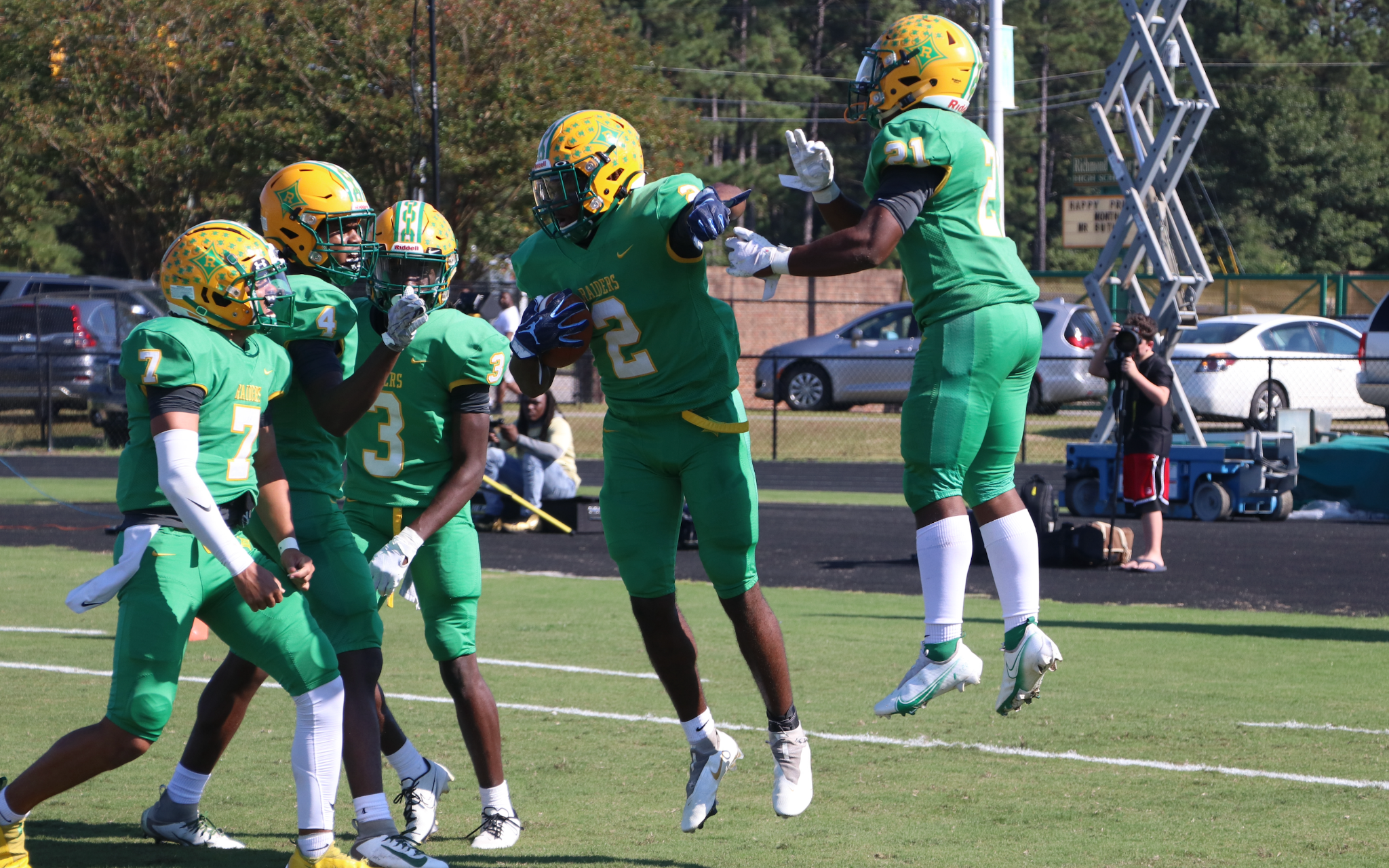 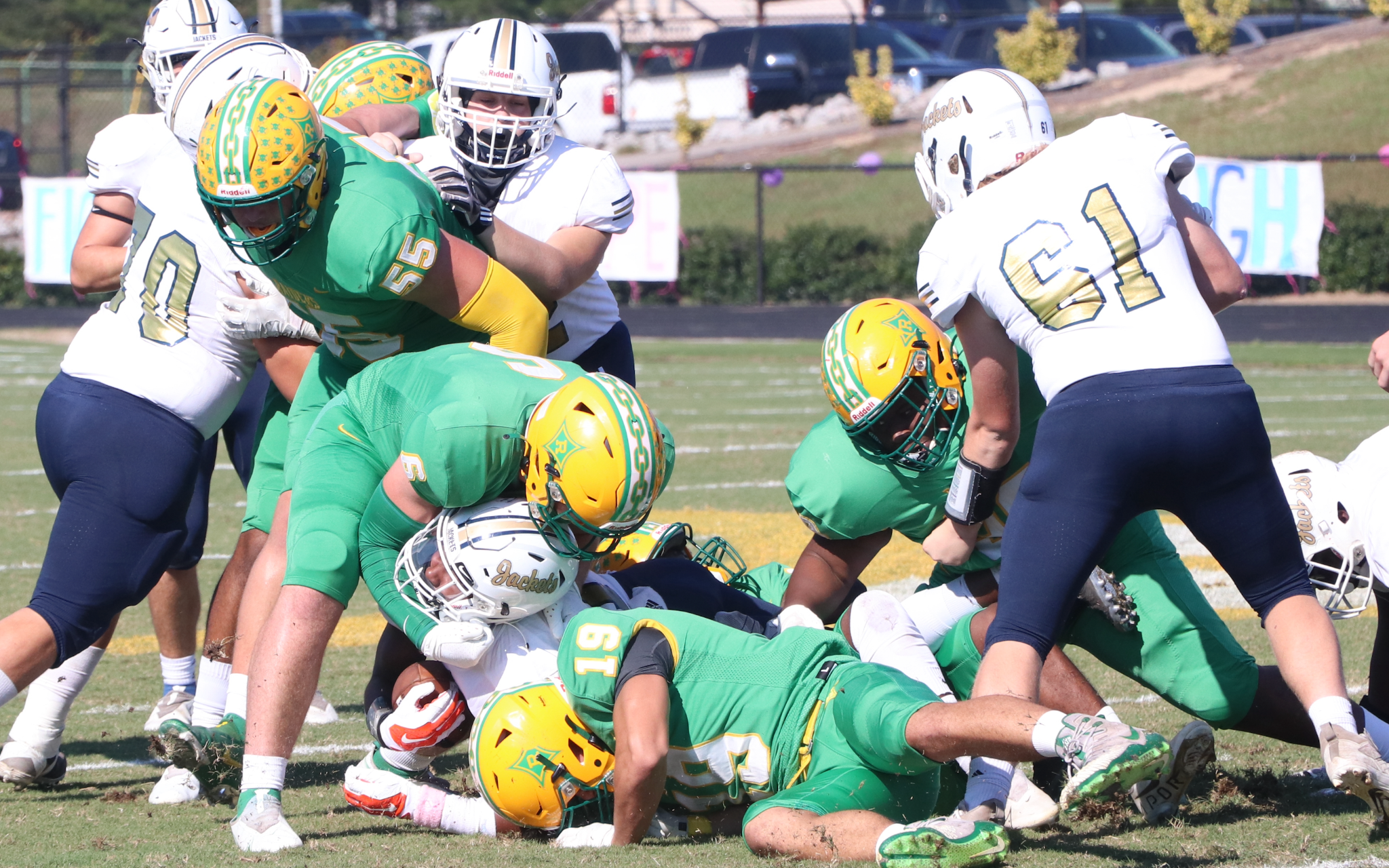 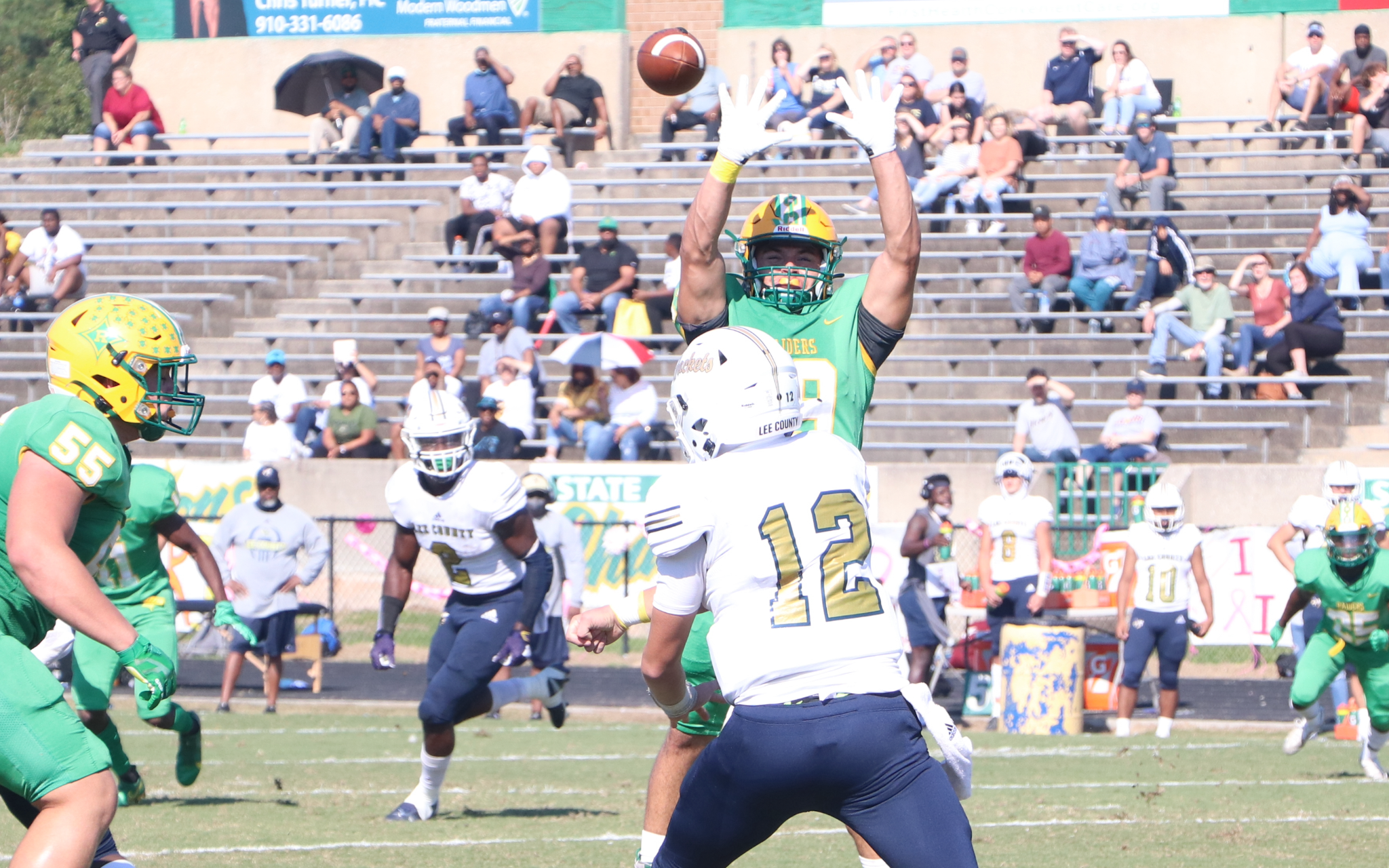 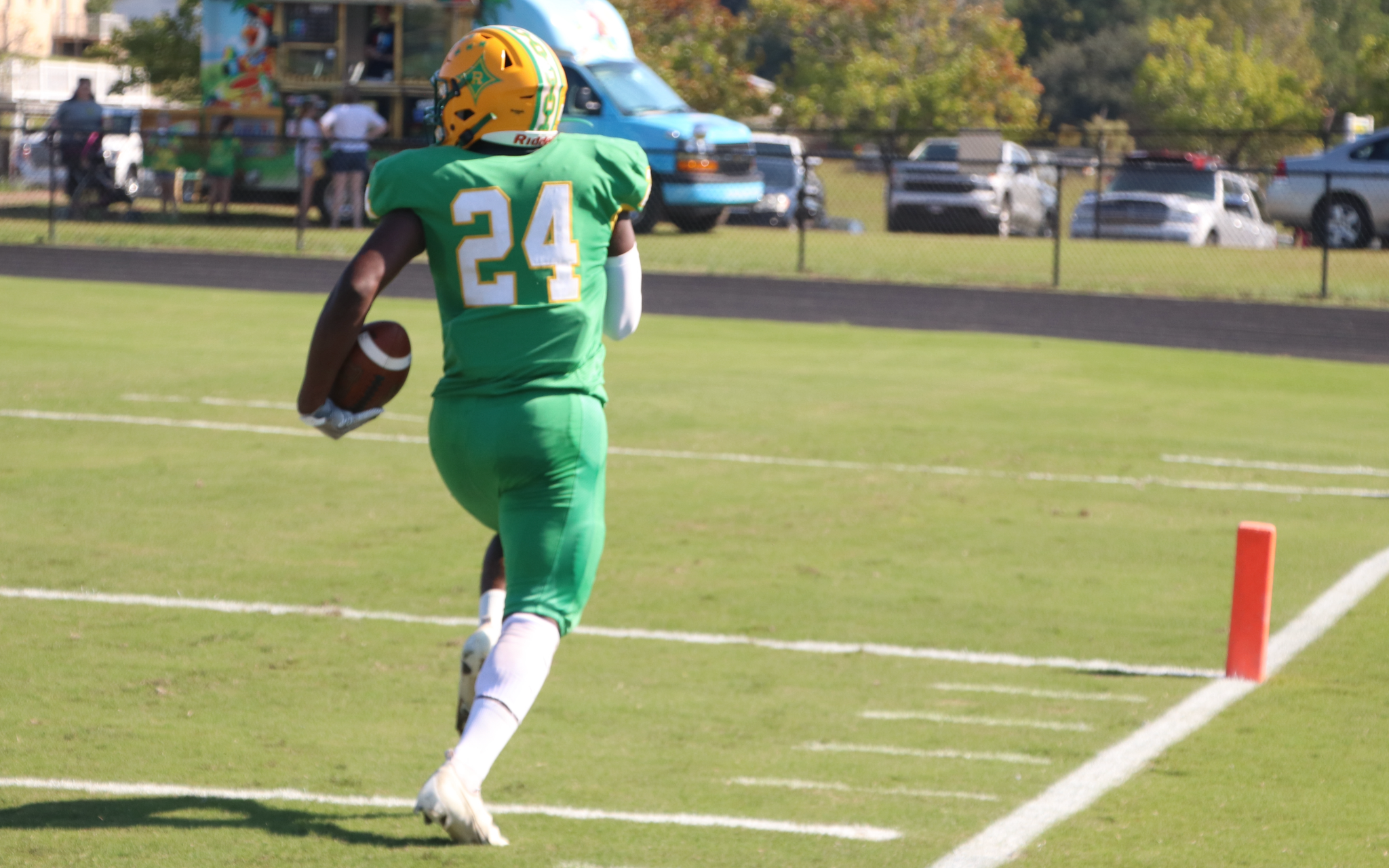 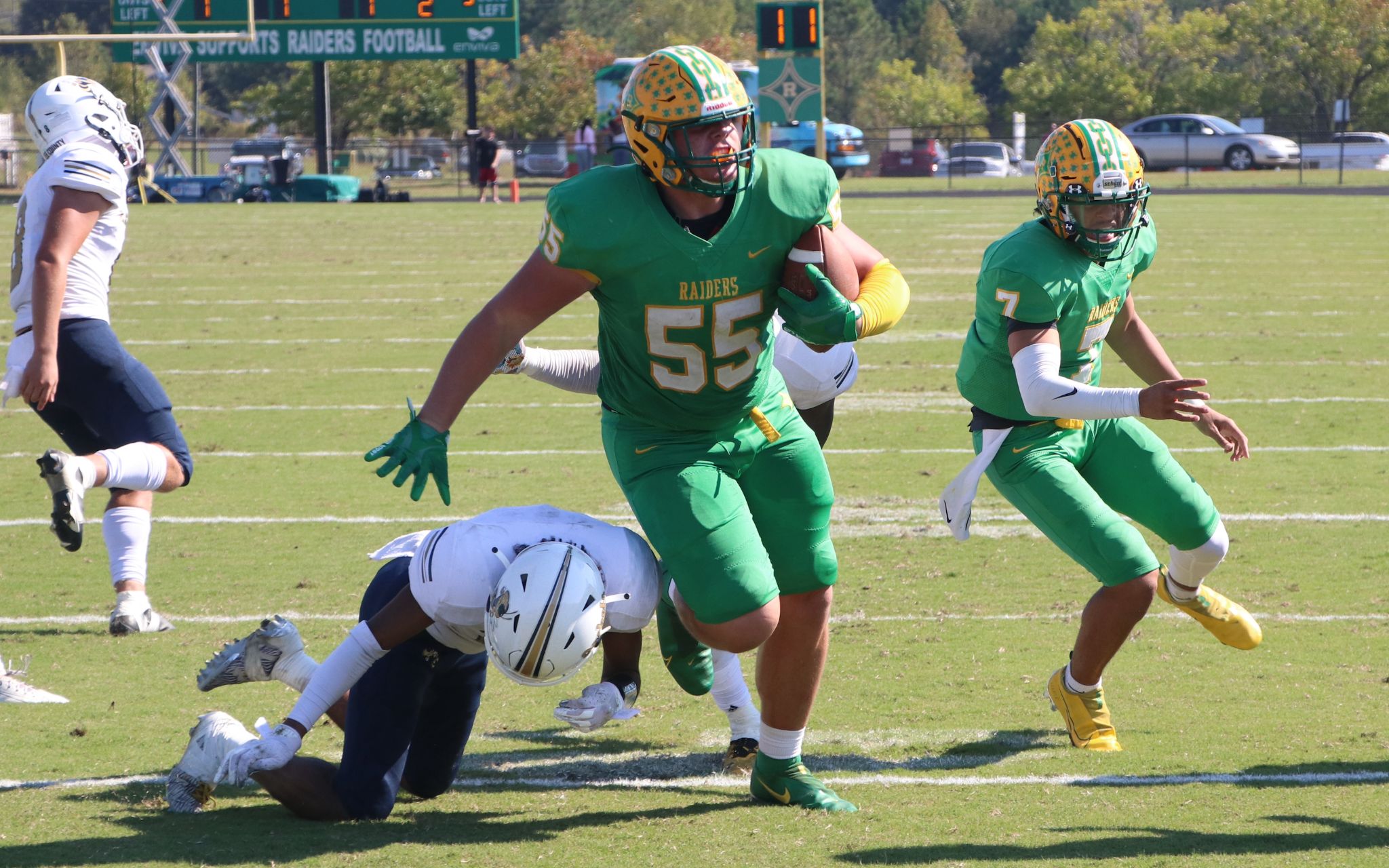 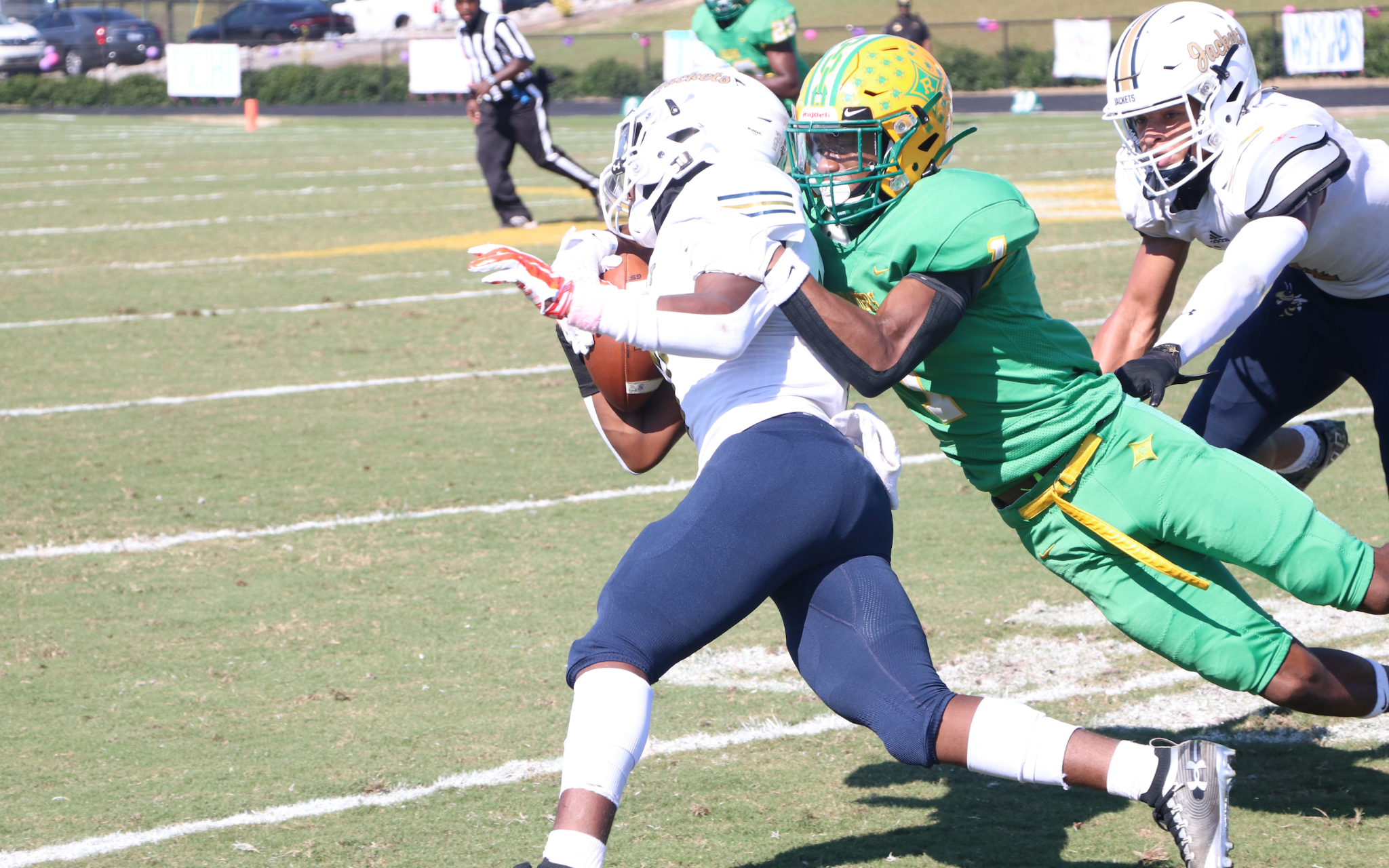 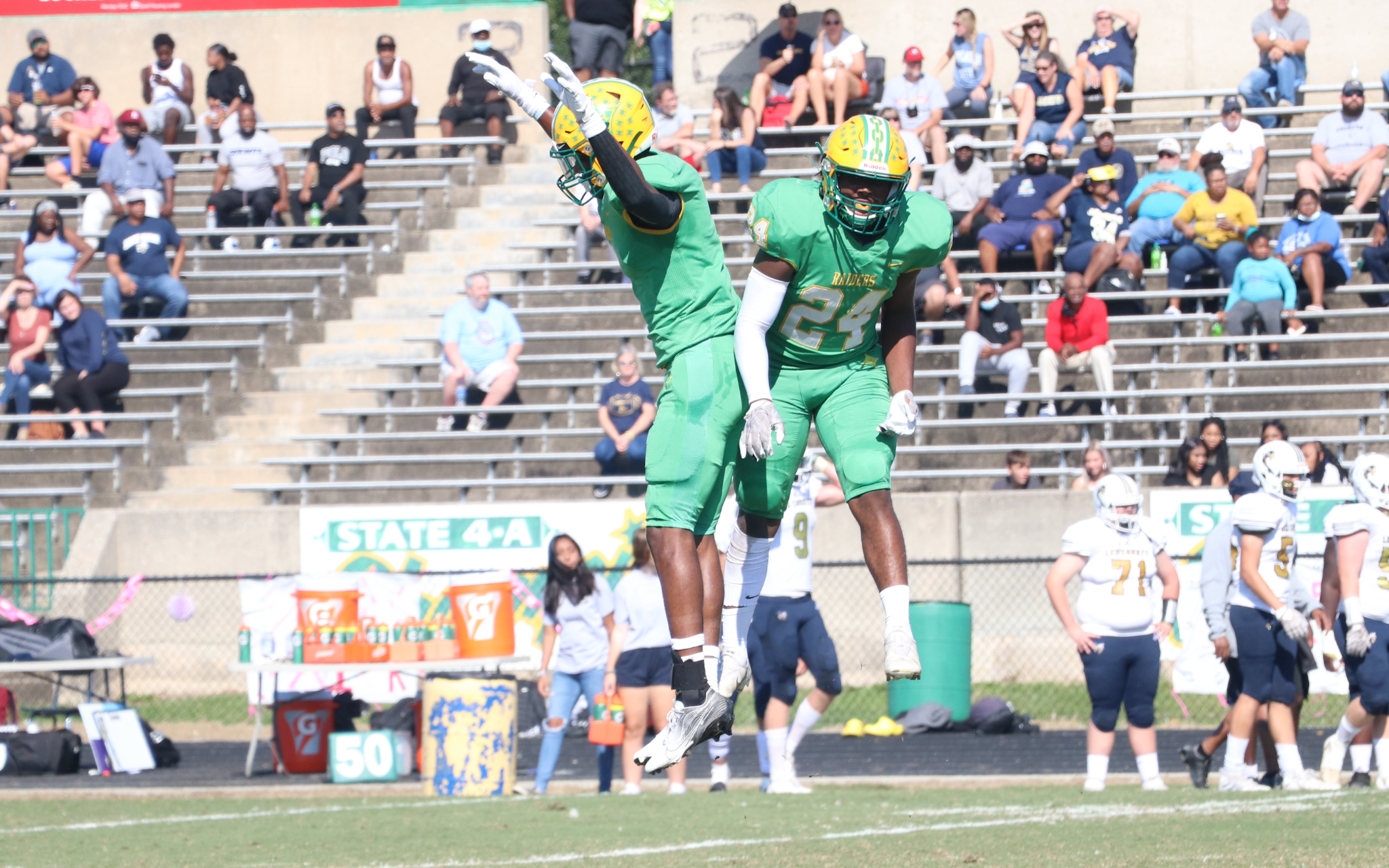 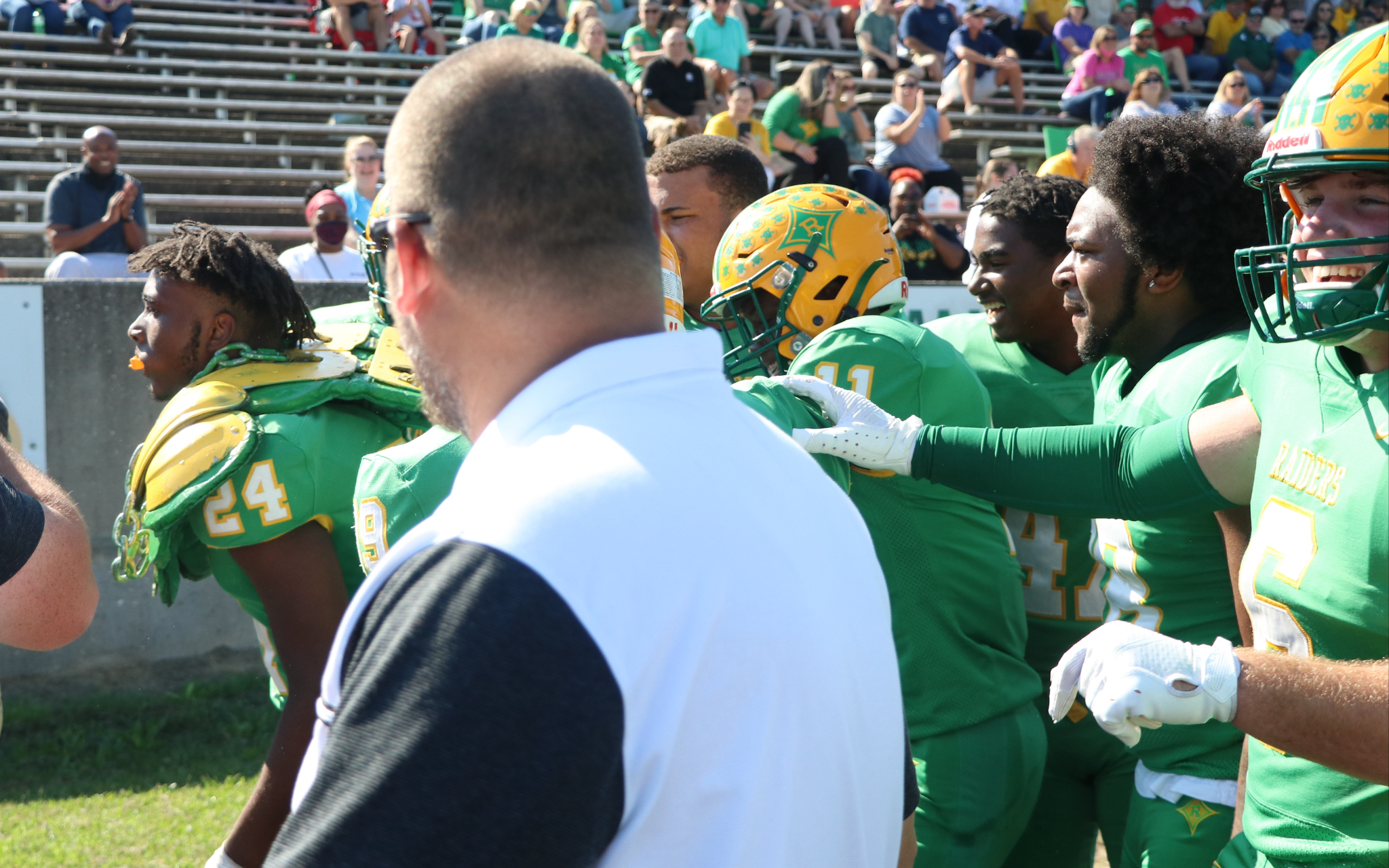 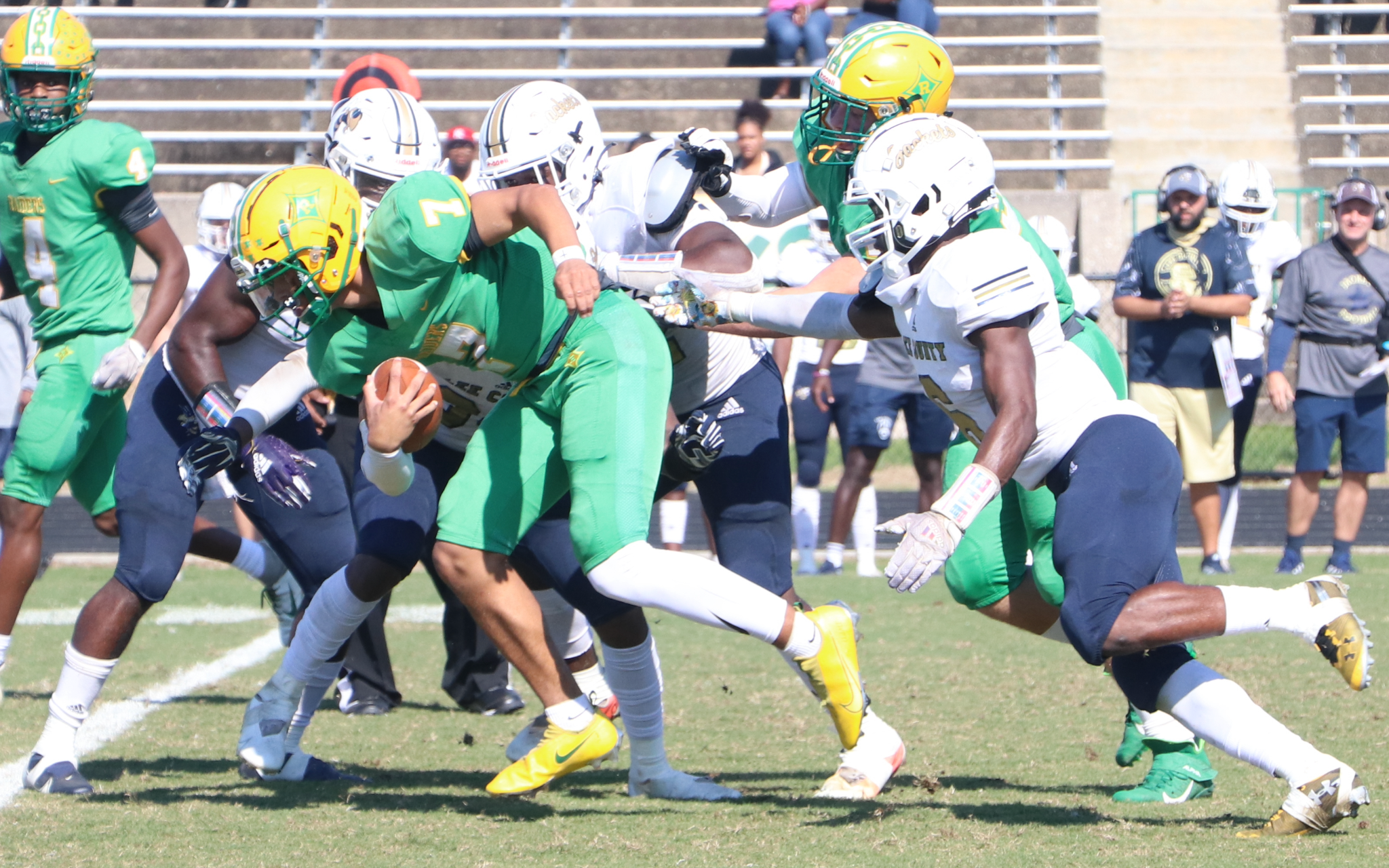 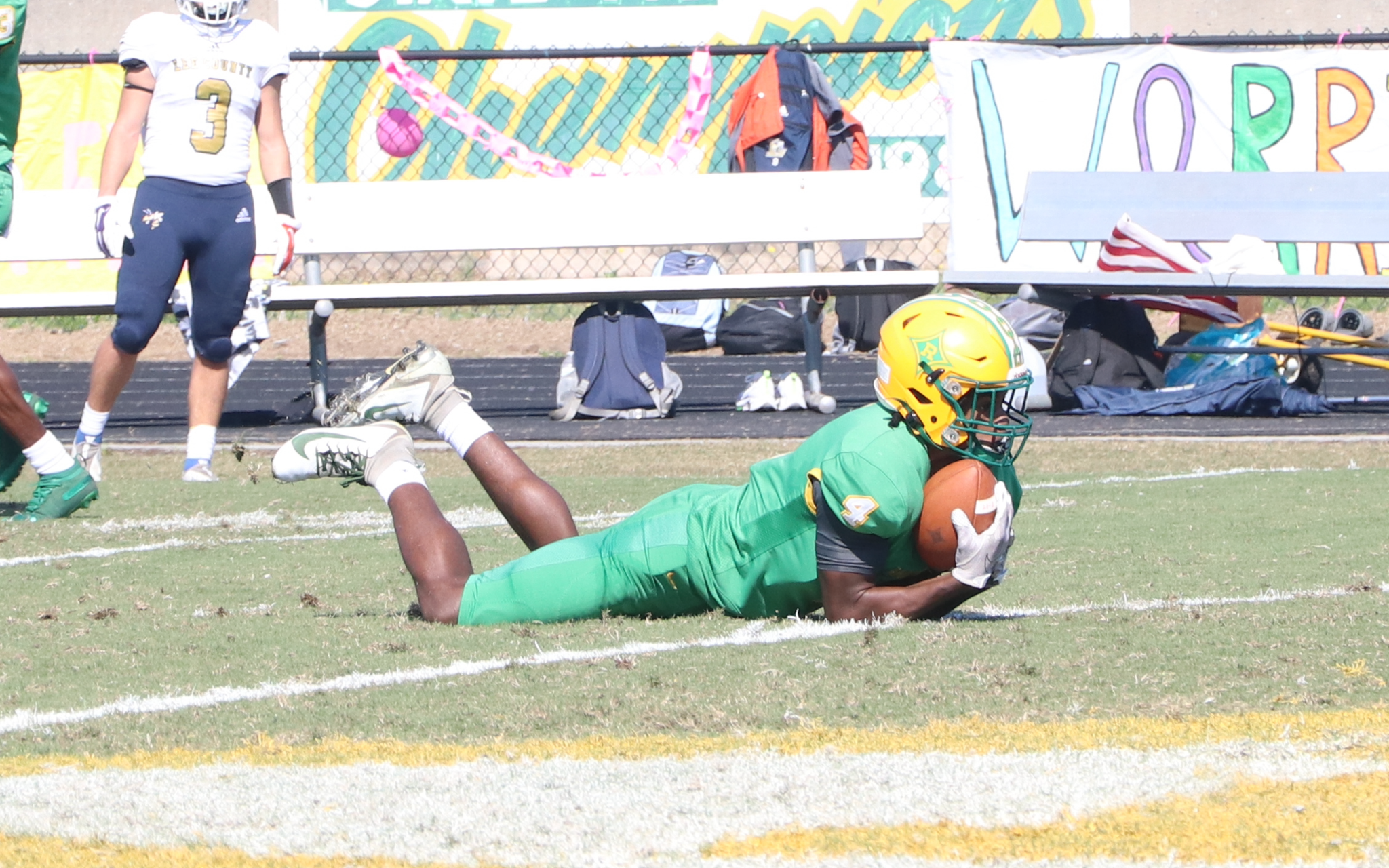 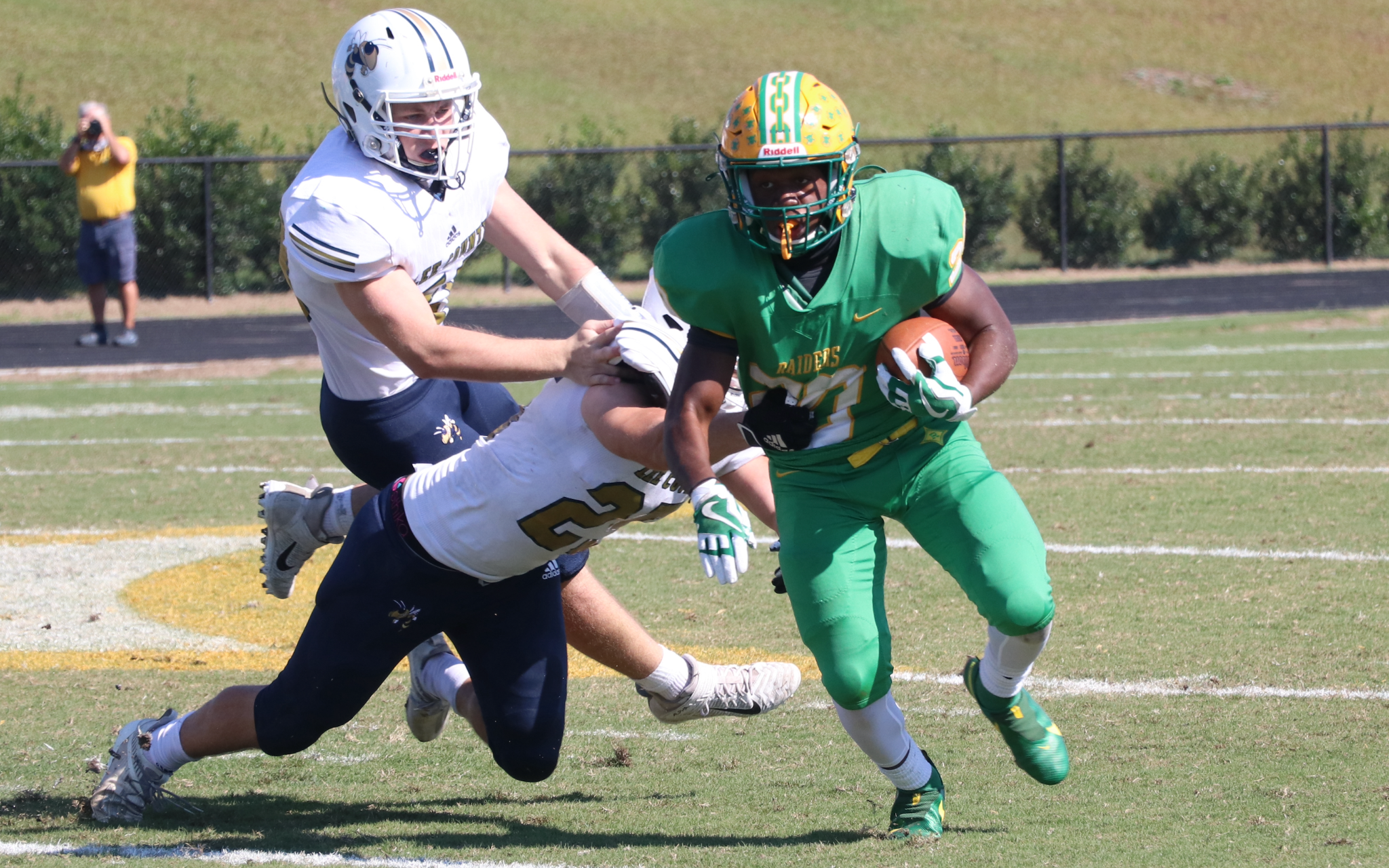 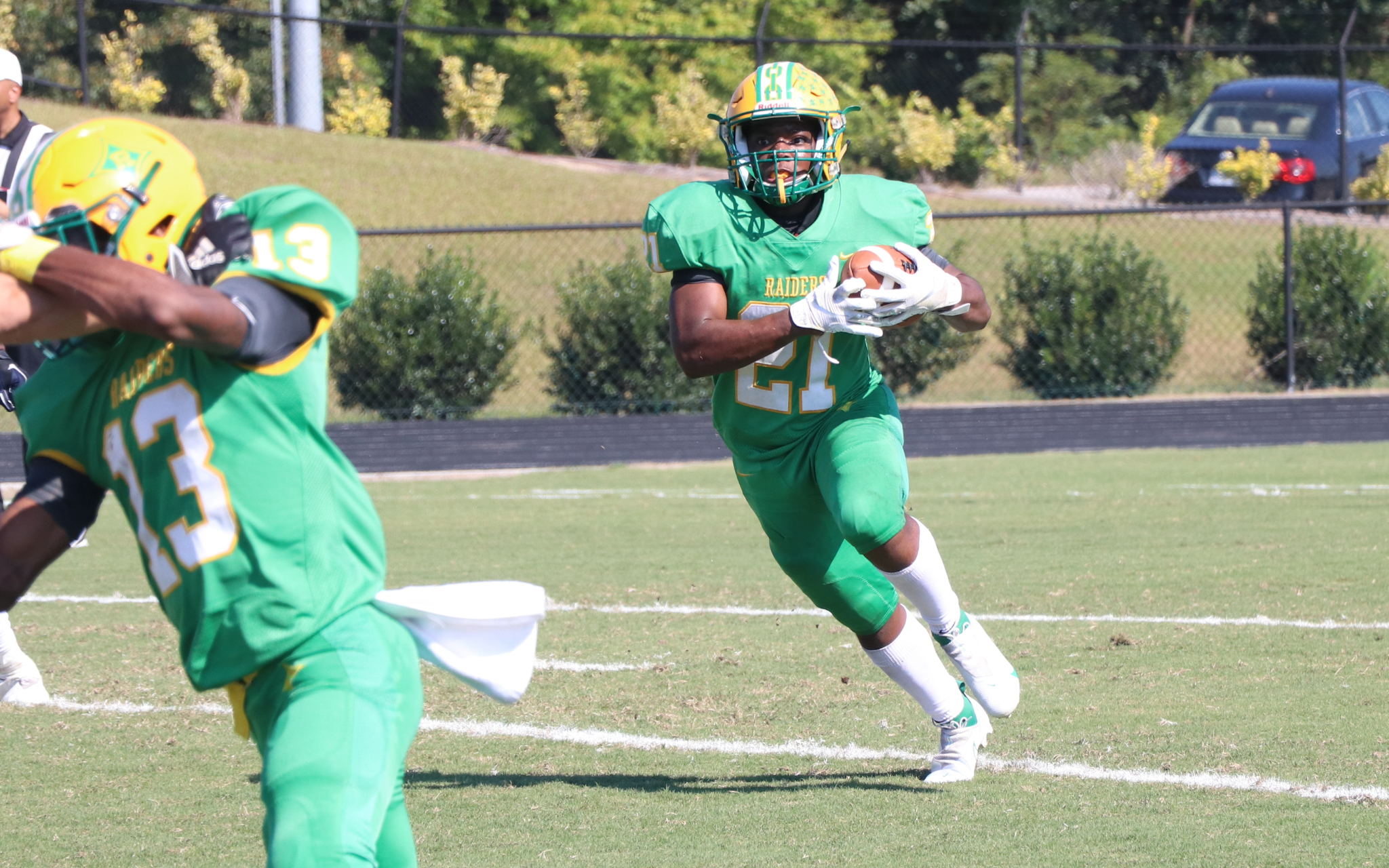 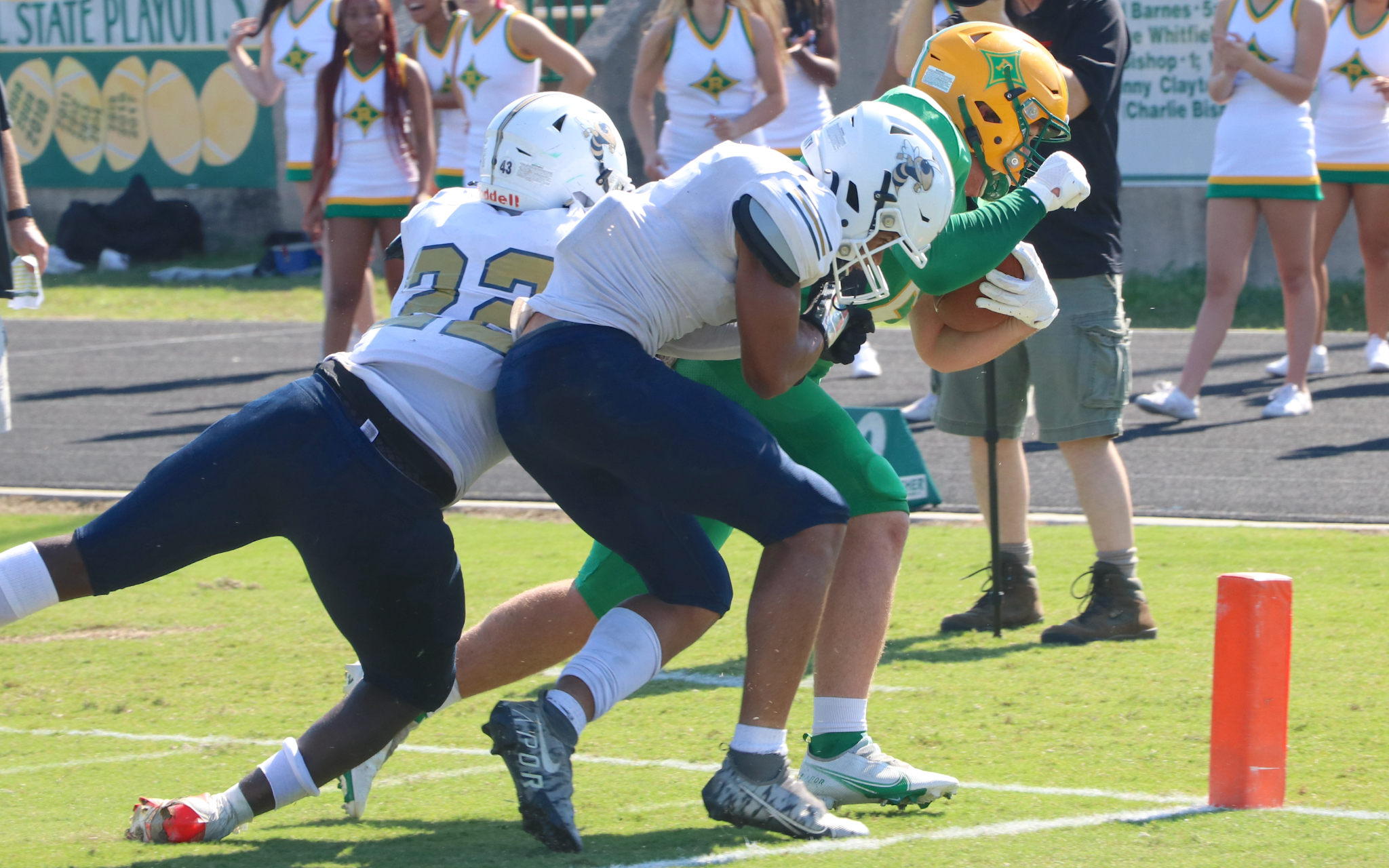 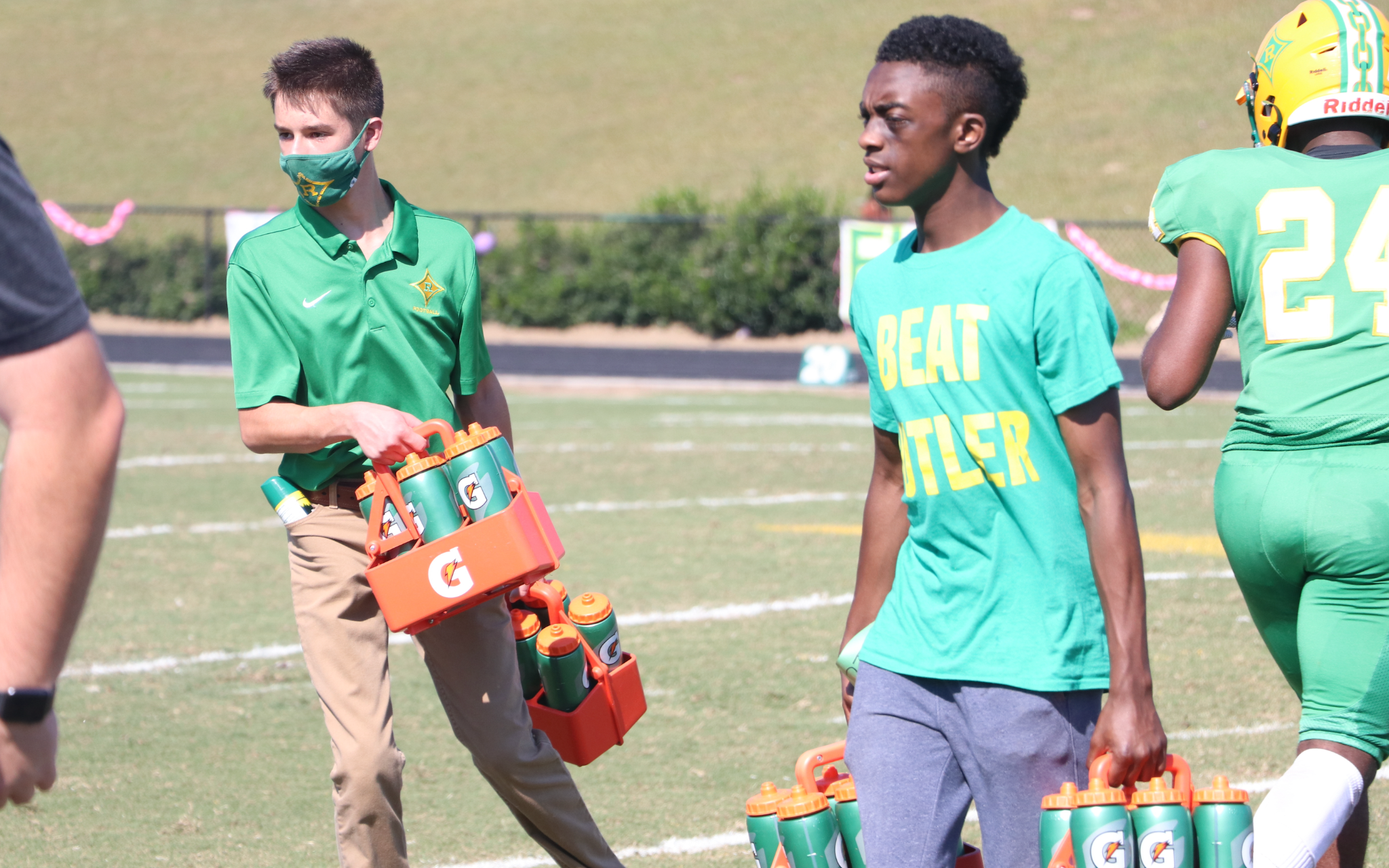 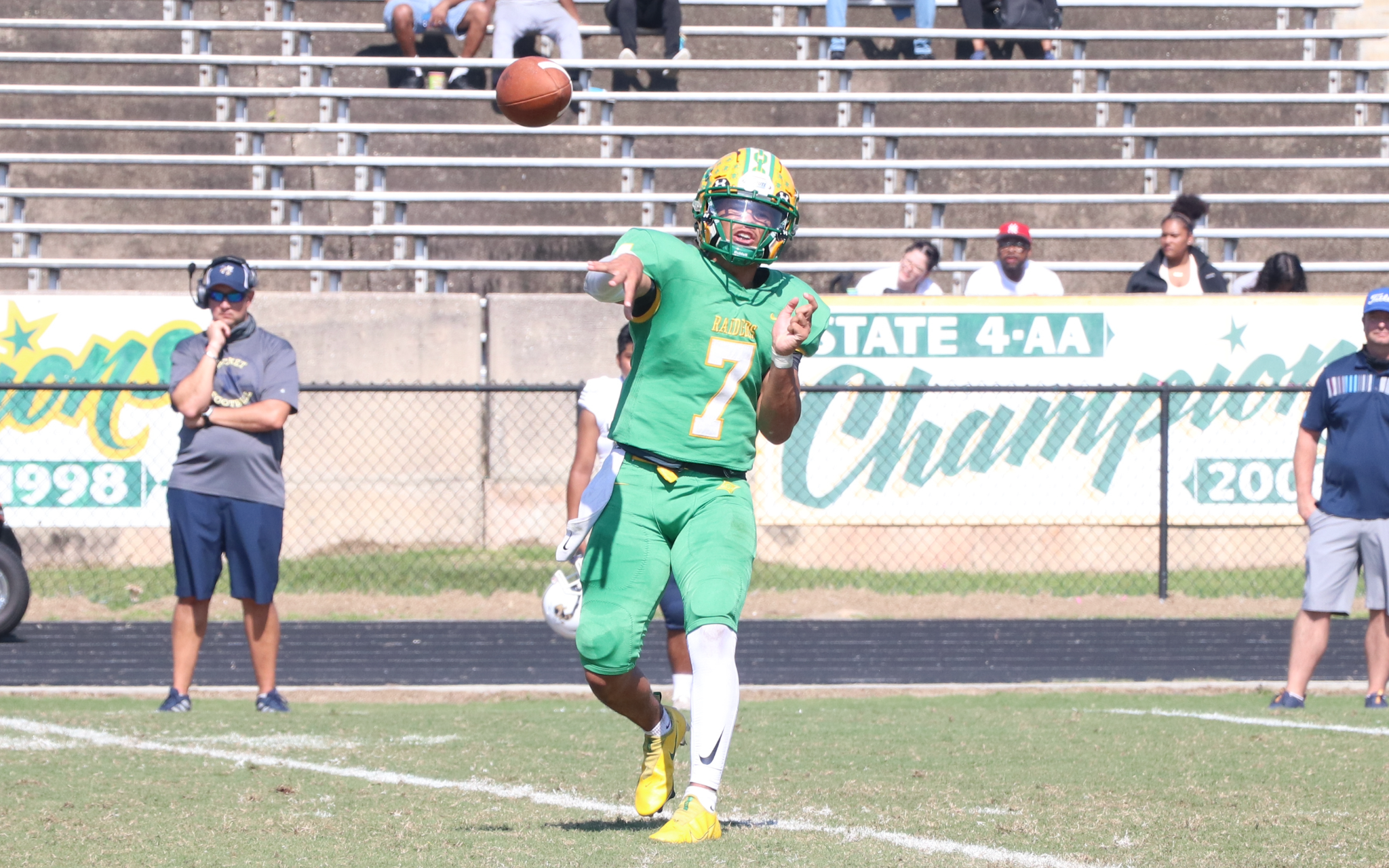 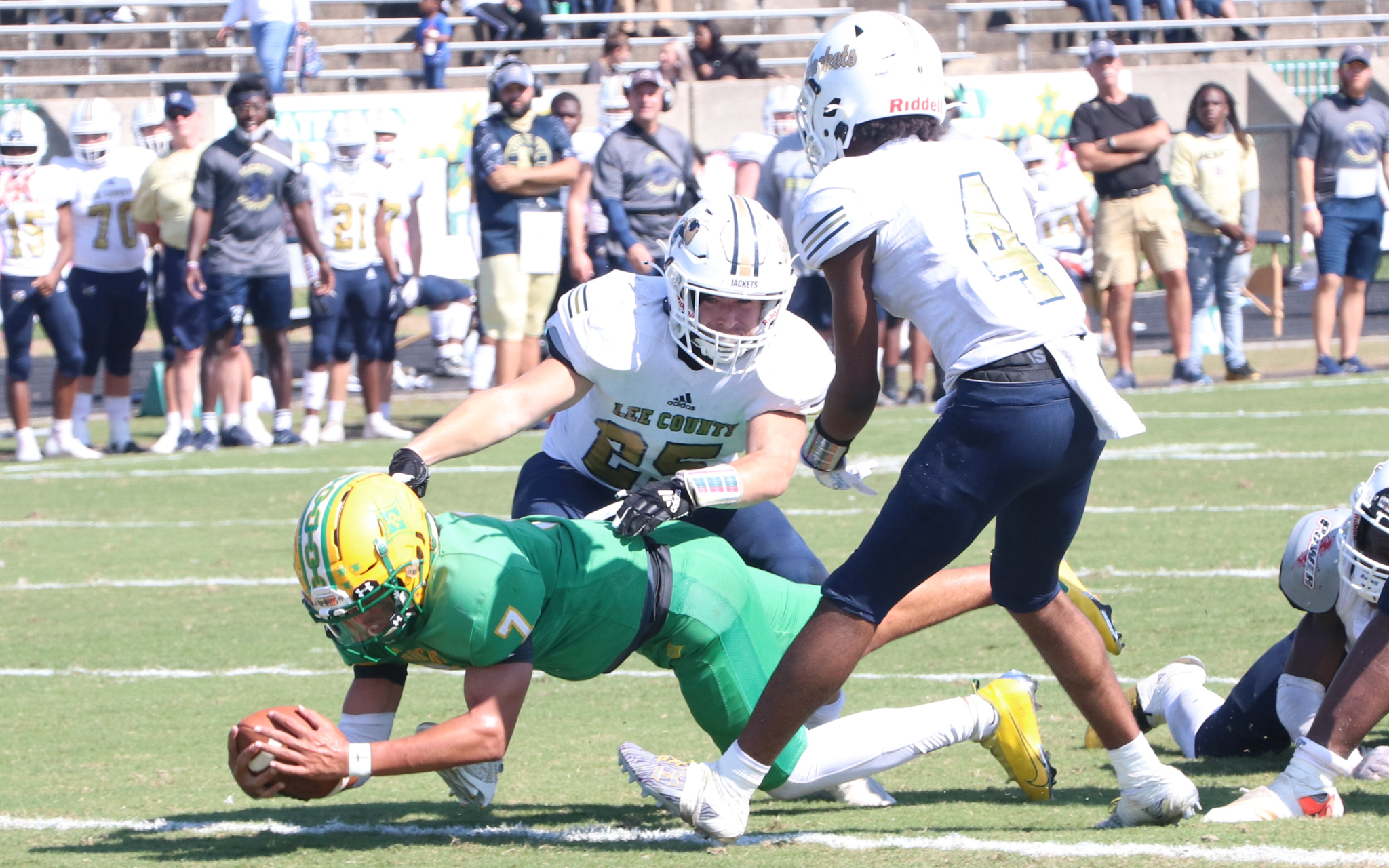 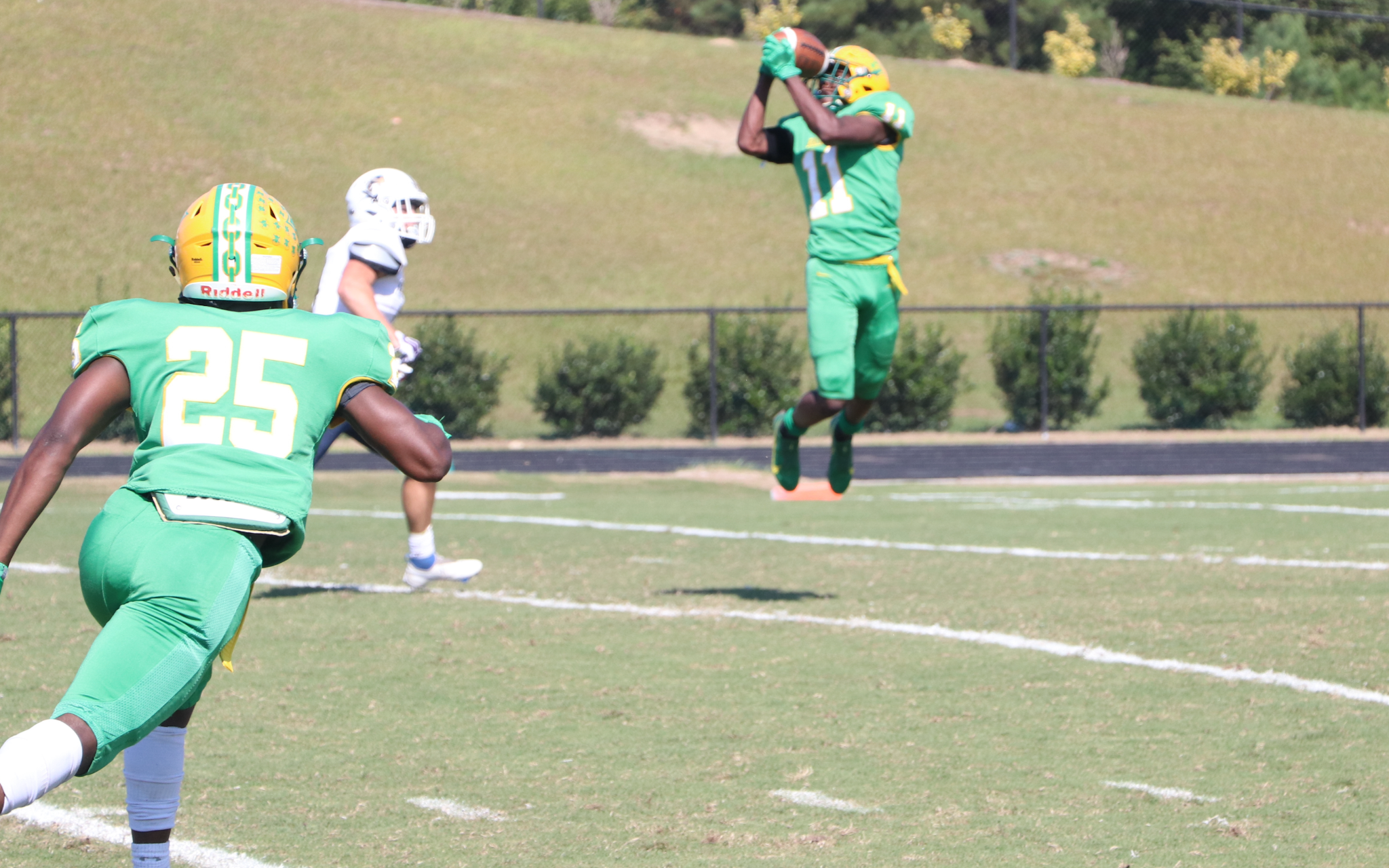 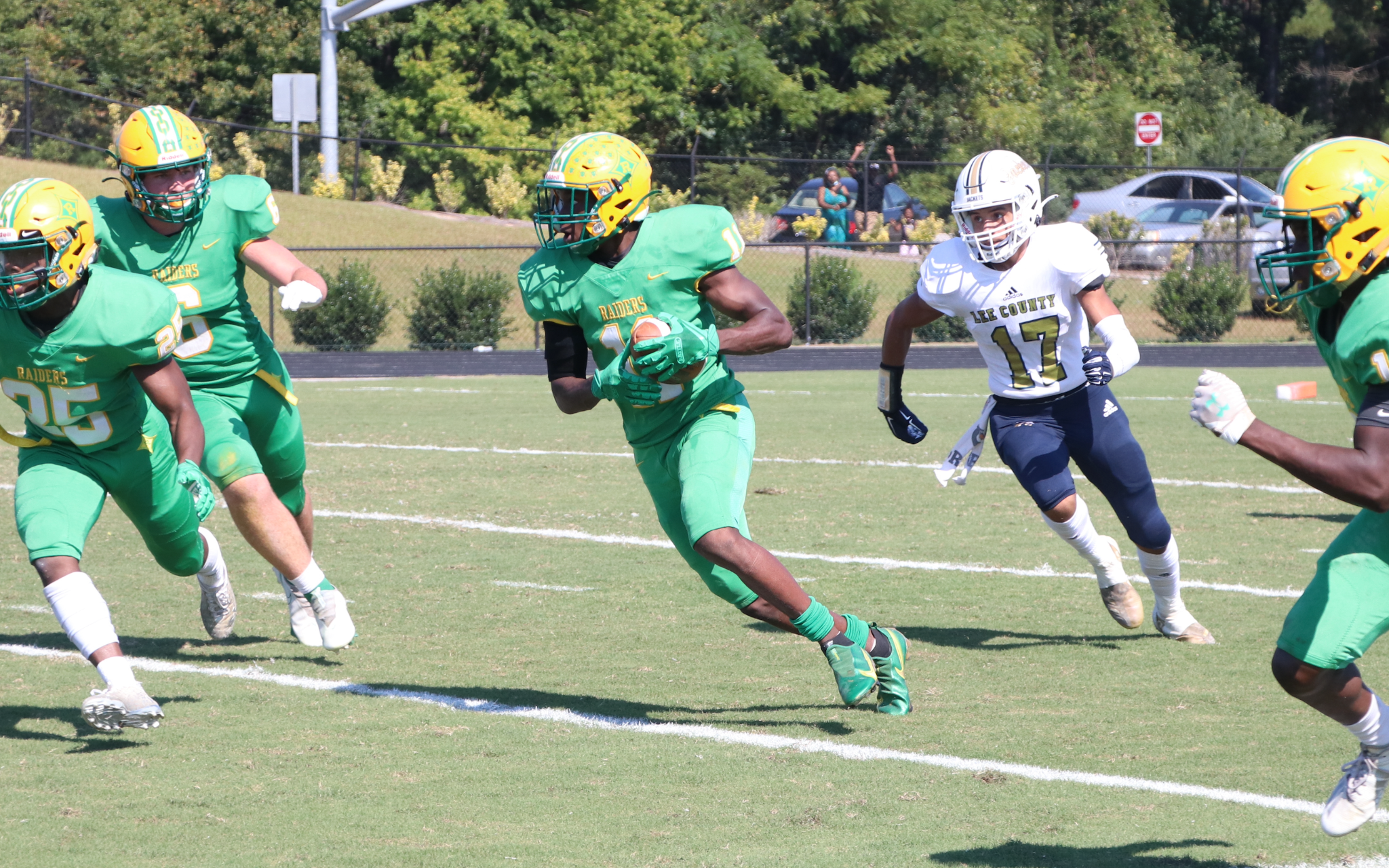 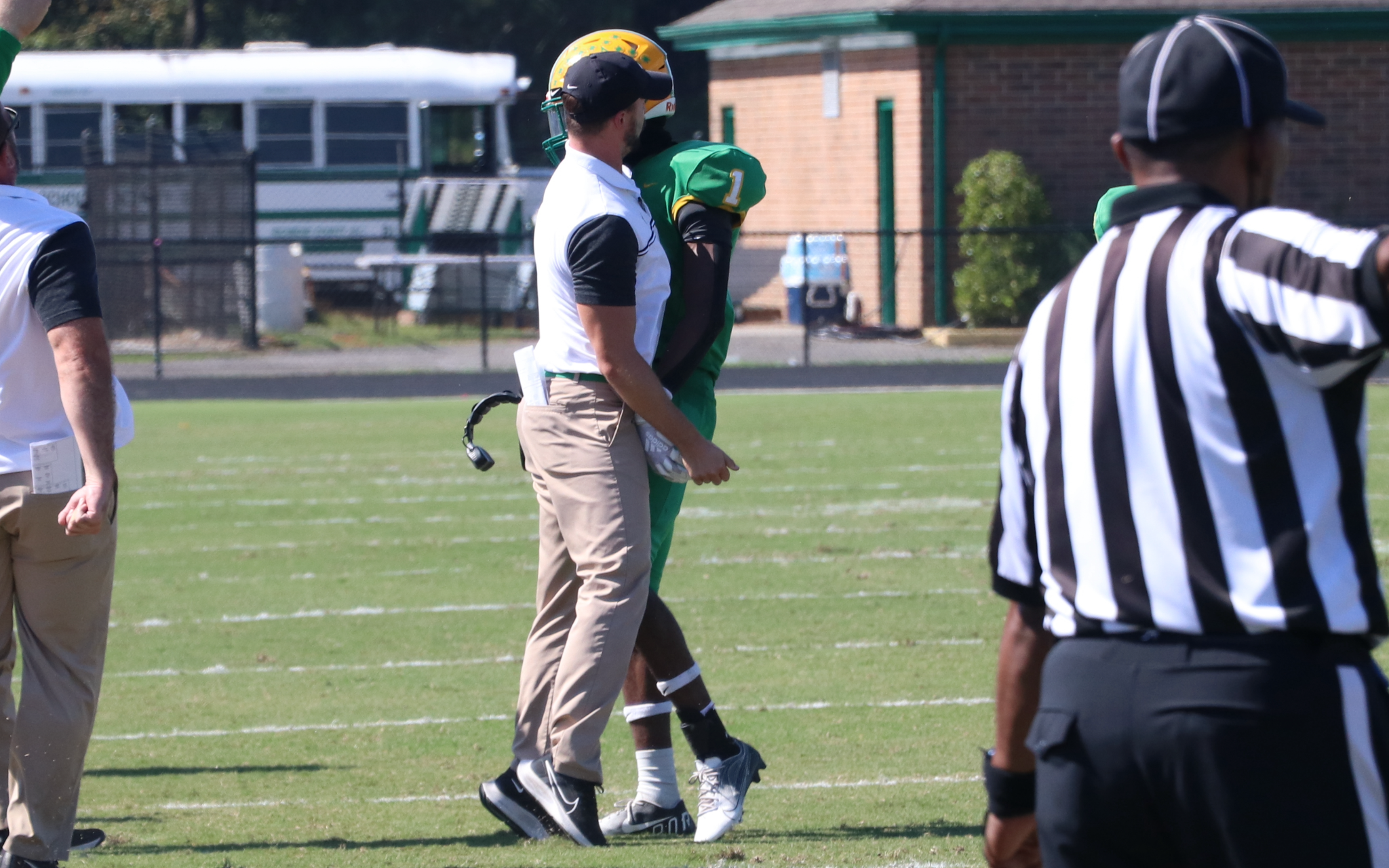