With the Raiders and head coach Bryan Till gearing up for their final pre-season scrimmage, which is set for Friday at South View High School in the Cumberland County Schools Jamboree, ROSports met with three more players and another coach to give fans an insight on what the 2019 season may hold.

Covington took over the No. 1 running back role a season ago and finished third in the Sandhills Athletic Conference with 1,174 total rushing yards. Known for his speed and ability to stay low to the ground, Covington discusses the positive energy of this year, as well as how he’s able to read defenses. (click photo for video) 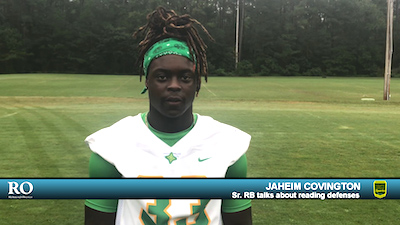 Stroman was one of two sophomore wide receivers to put his name on the map last fall, but the 6-4 wideout is looking to make a bigger name for himself. He hauled in three receiving touchdowns, which was second on the team, but he’s looking to more than triple that number in 2019. (click photo for video). 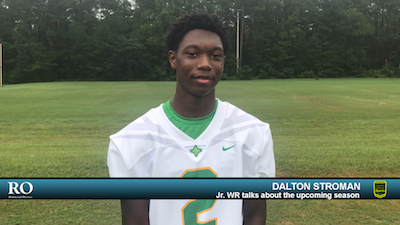 During summer and pre-season workouts, Lampley has made his way to the first team as just a sophomore. At 6-3, 265 pounds, Lampley is not only strong off the ball, but he has speed that can allow him into the backfield or pursue players down field. He talks about those attributes, as well as how the defensive line is looking. (click photo for video) 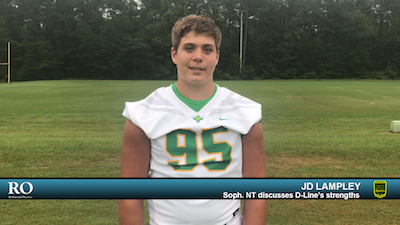 Also on hand at picture day to discuss his role and the upcoming season was quarterback coach Jay Jones. Under his instruction this fall will be third-year starter Caleb Hood and backup Noah Altman. Jones notes how both players have improved this summer and explains what’s most special about working with them. (click photo for video) 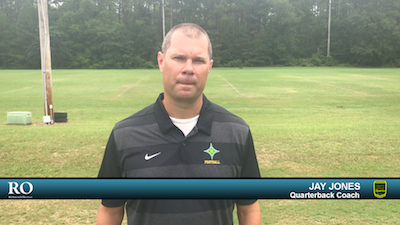