It was Swiney’s third career selection (freshman, junior seasons), and Frye and Leviner both earned their second career selection in back-to-back seasons. Parks and Way collected their first all-conference nod.

Richmond’s all-conference selections were made available after all of the SAC’s teams were eliminated from the NCHSAA state playoffs.

“It’s always nice to have players recognized and the higher we finish in the conference, the more girls you can celebrate,” head coach Mike Way said. “I’d love to be able to honor them all, but this is a good representation of the year we had. We got to where we wanted to be.

“All five girls bring different things to the team, and they were the most consistent performers,” he added. “When push comes to shove, they went out and did that every night. Each girl played her own role on the team and did it incredibly well.”

The Lady Raiders collected a 15-6 overall record this spring and finished second in the SAC standings with a 9-3 mark. Returning to the playoffs for the first time since 2019, Richmond made it to the second round.

Through 21 games, which all five selections played in, Richmond averaged 8.3 runs per game and gave up just 3.6 runs per game.

Scotland High School’s Taylor Waitley (Western Carolina signee) was named the SAC’s “Player of the Year,” and Scotland’s Adam Romaine was tabbed “Coach of the Year.” 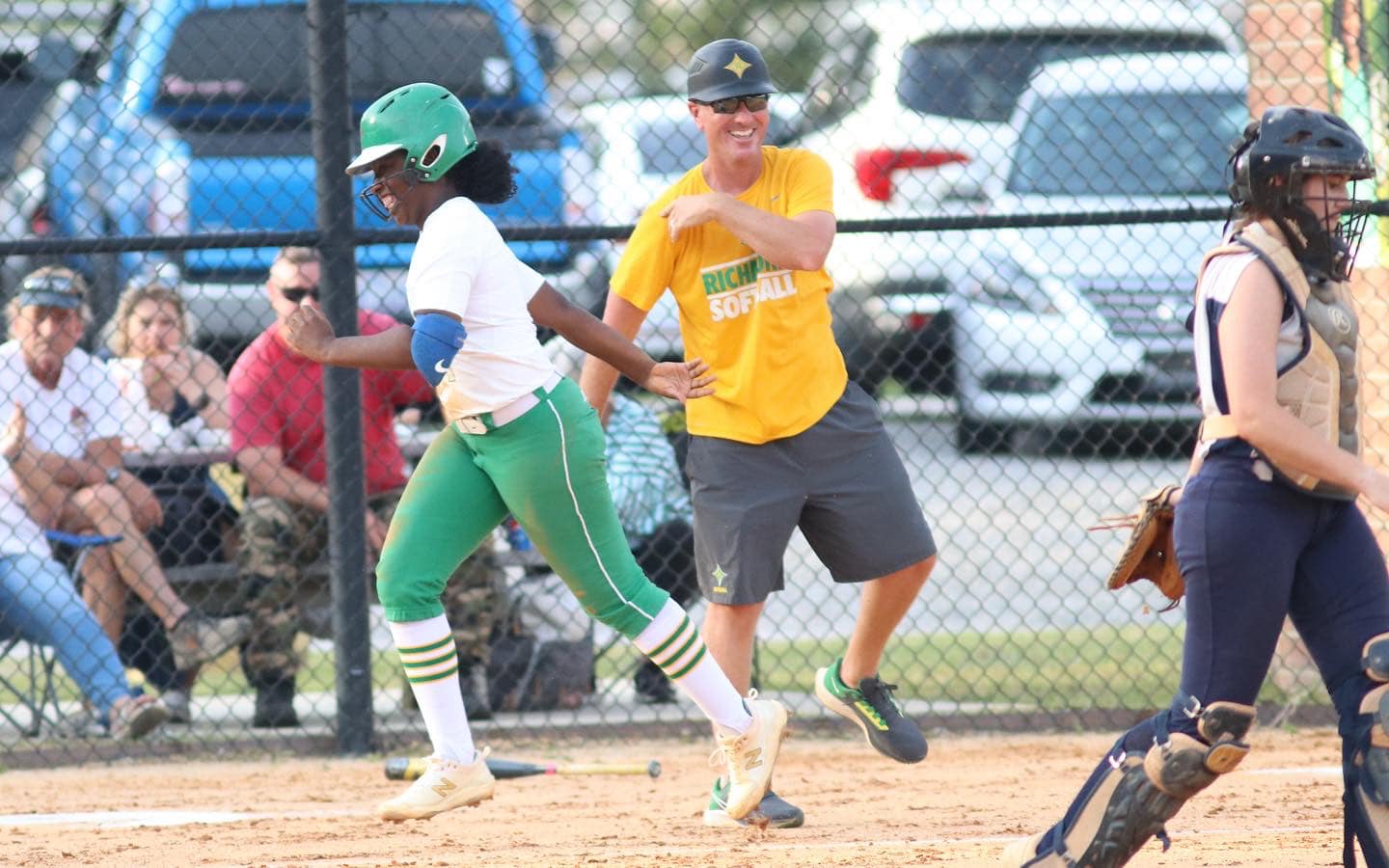 A four-year starter for the Lady Raiders, Swiney served as the leadoff batter and finished the season tied first in the conference with 32 runs scored. Swiney was also Richmond’s leader in triples (4), stolen bases (17), bases on balls (23) and slugging percentage (.860).

Knocking 21 hits, Swiney added five doubles and five home runs. The Campbell University signee drove in 12 RBIs and was one of five Richmond batters to finish the season with a batting average above .300 (.368). 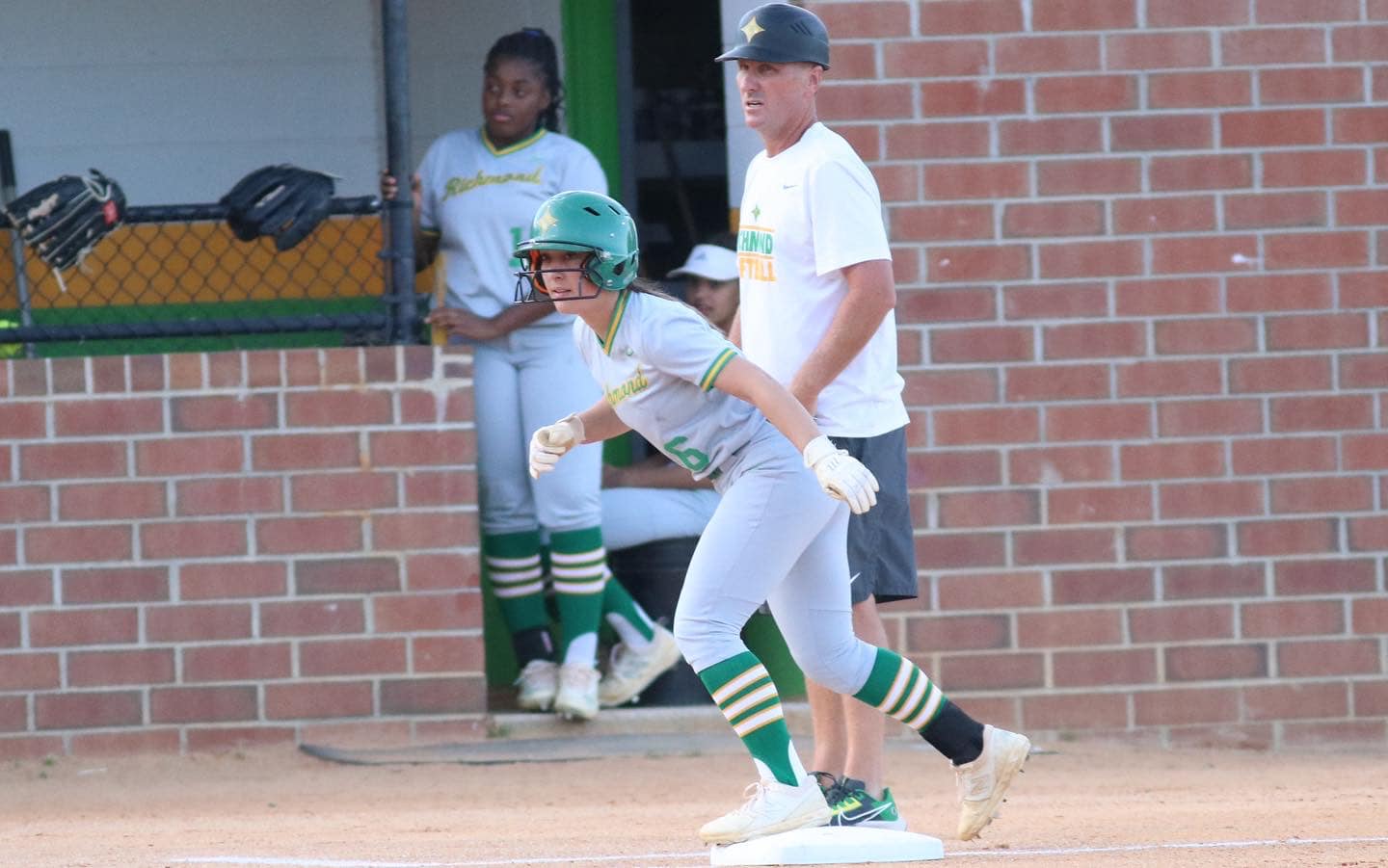 From the left side of the plate, Frye provided a balance of power and speed for the Lady Raiders this spring. Her 26 hits and seven home runs were both team-highs, and she matched Swiney with four triples.

Adding 13 stolen bases, Fye drove in 26 RBIs, which was second only to Parks. The future Wingate Bulldog scored 24 runs, had the second-highest average on the team (.371), added five doubles and had a slugging percentage of .857. 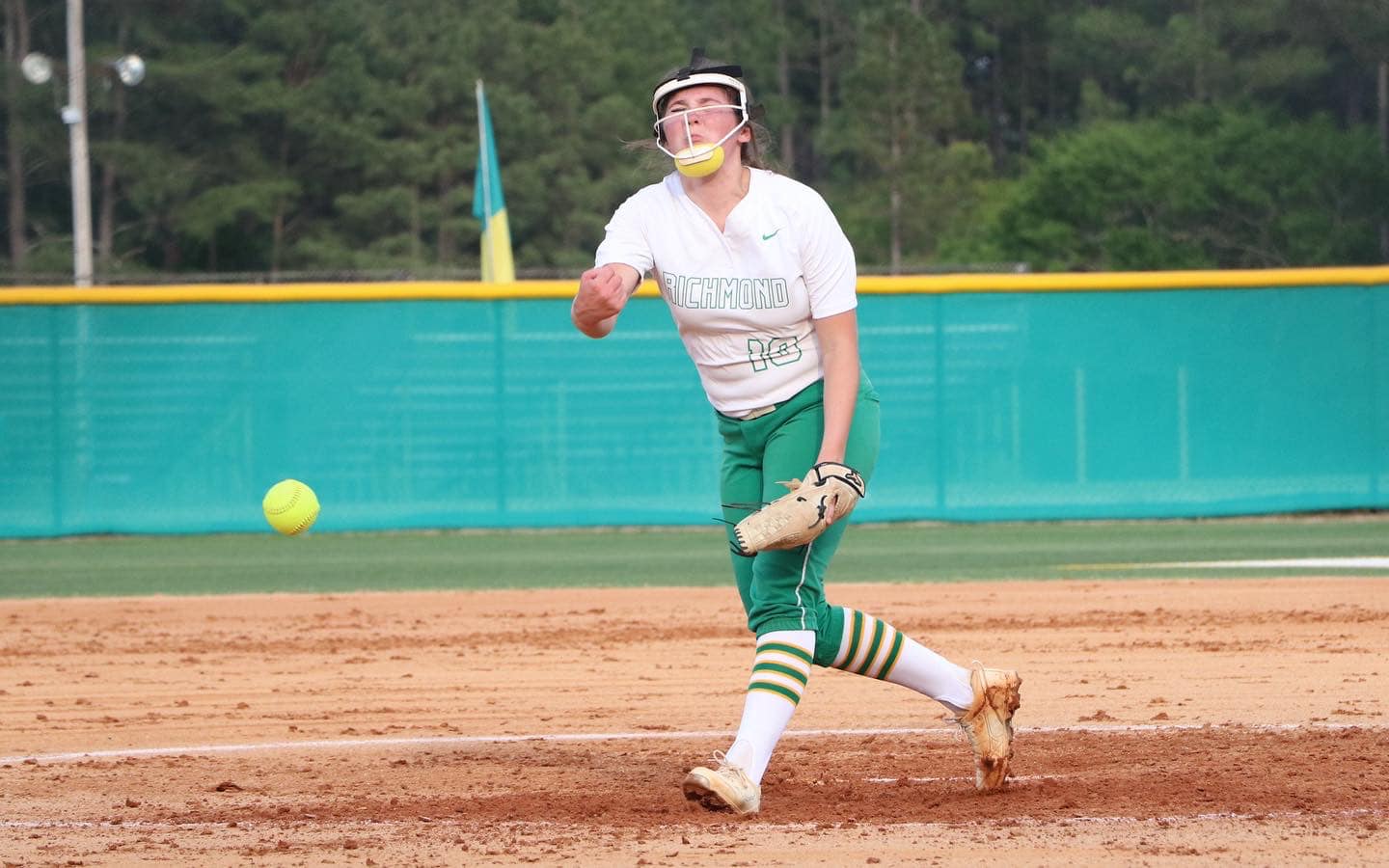 Pulling double duty all season, Leviner made 20 starts in the circle and led the SAC in wins with 14, according to MaxPreps. She tossed 123.2 innings this spring, struck out 117 batters and impressed with a 2.32 earned run average. She also threw a no-hitter against Lee County and had five shutouts.

At the plate, Leviner led the Lady Raiders in batting average with a .397 mark. She collected 25 hits, including five homers, five doubles and one triple. She recorded 22 RBIs, scored 14 runs and was third on the team in slugging (.746). 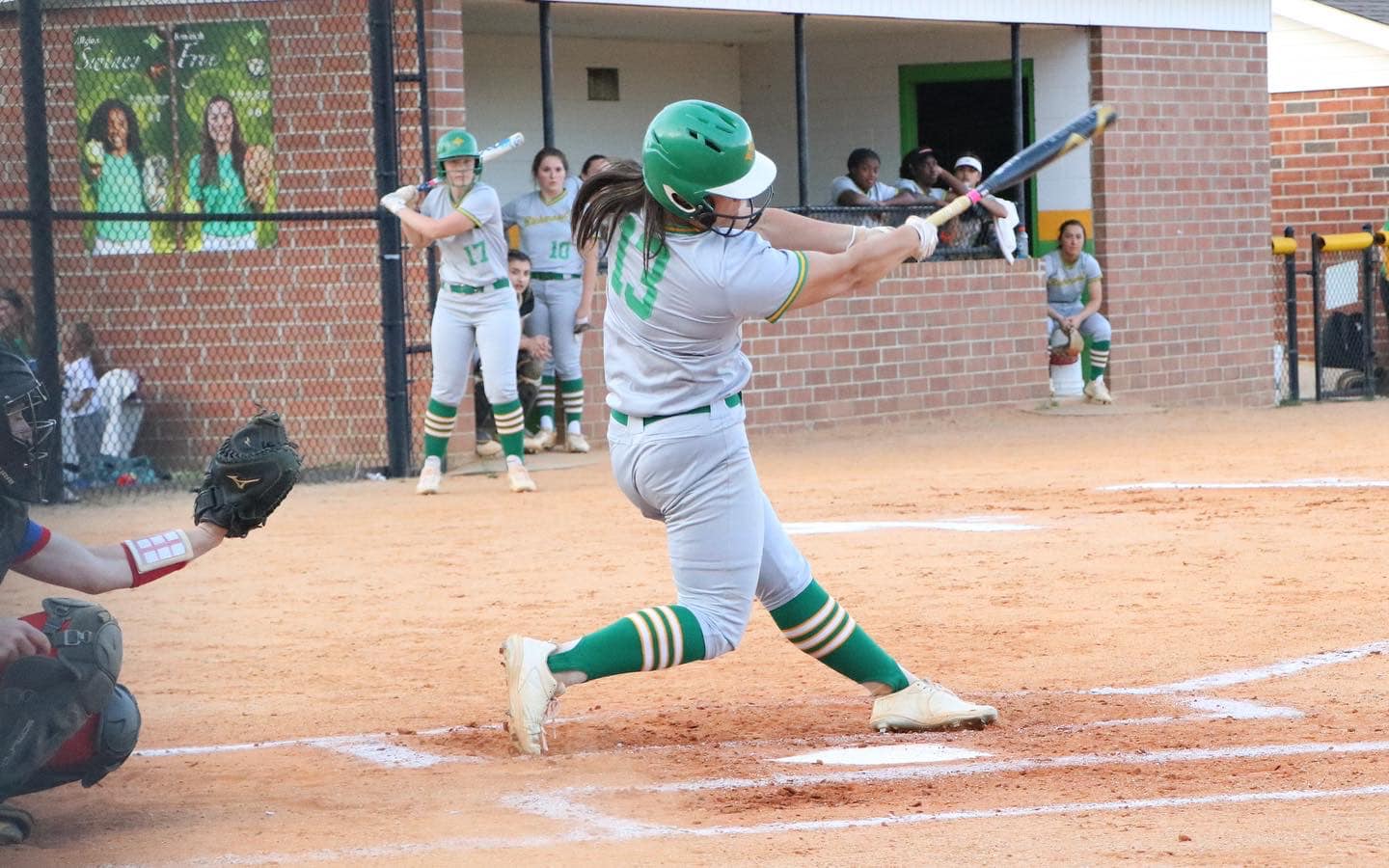 New to the Lady Raiders this season after transferring from Marlboro Academy, Parks was an added bonus in the lineup in the No. 3 spot. She provided a team-leading 27 RBIs, knocked a second-best six home runs and scored 25 runs

Of her 18 hits, Parks connected on 11 for extra-bases, including four doubles and a triple. She drew a total of 15 bases on balls, had a slugging percentage of .712 and hit for a .305 average. Parks’ 27 RBIs were second-most in the SAC this season, according to MaxPreps. 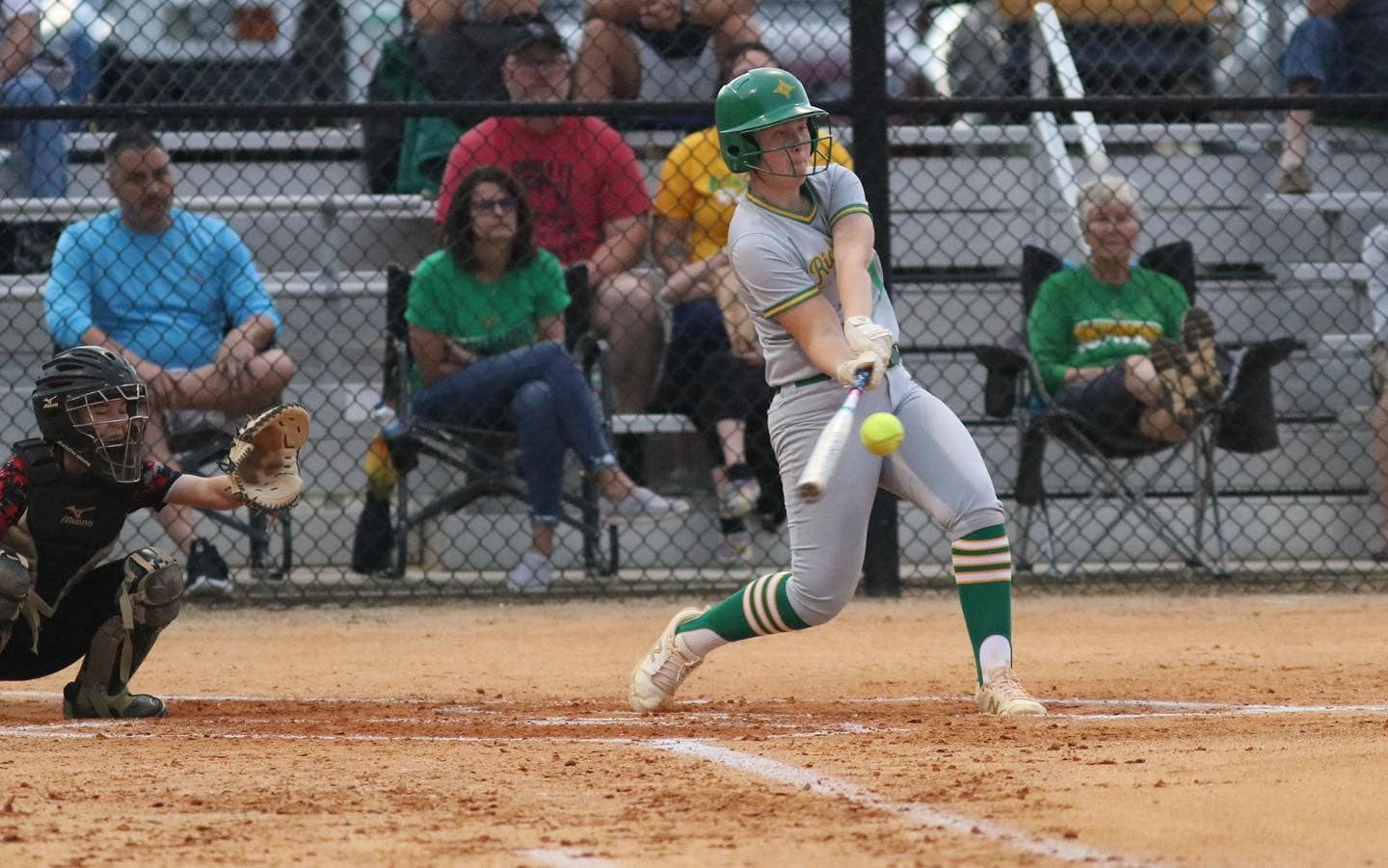 A defensive staple at the hot corner, Way completed her second varsity season in as many years for Richmond. She was a consistent bat in the clean-up spot, hitting for .379 with 22 hits this spring. She was also the Lady Raiders’ leader in doubles with six.

Finding a way to get on base, including 13 walks, Way scored 22 runs. She added one home run and one triple, drove in 15 RBIs and had a slugging percentage of .569. Way, along with Parks and Leviner, will be three of several underclassmen returning next year.